I talk a lot in this blog about the role puzzles have played in history, in our culture, and as touchstones for particular individuals. But it’s far more rare for me to talk about one puzzle in particular that changed someone’s life.

Today, I have the privilege of doing precisely that, because a puzzle crafted by our friends at Penny Dell Puzzles has changed two lives for the better. 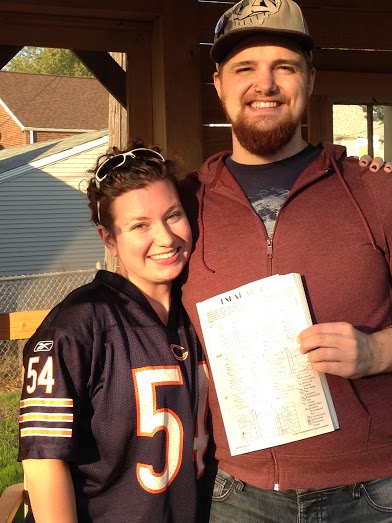 One day, a gentleman named Bryan reached out to Penny Dell Puzzles with an audacious proposition: his girlfriend is a big fan of their puzzles and he wanted their help in crafting a special puzzly proposal of marriage!

He supplied ideas for clues and entry words, and a topnotch editor accepted the challenge of crafting a page of Escalators puzzles specially tailored for the occasion.

(For the uninitiated, an Escalators puzzle involves clued entries where a 6-letter word loses a letter and anagrams into a 5-letter word, then loses another letter and is anagrammed into a 4-letter word. Those lost letters end up spelling out words and phrases reading down when each grid is complete.)

So this singular puzzle featured his girlfriend’s name, then his name, and then the fateful question: will you marry me?

And to really cap off the presentation, the puzzle was inserted into an actual puzzle magazine (in a special limited run at the printers), so that our hero could deftly guide her toward the puzzle with her being none the wiser. 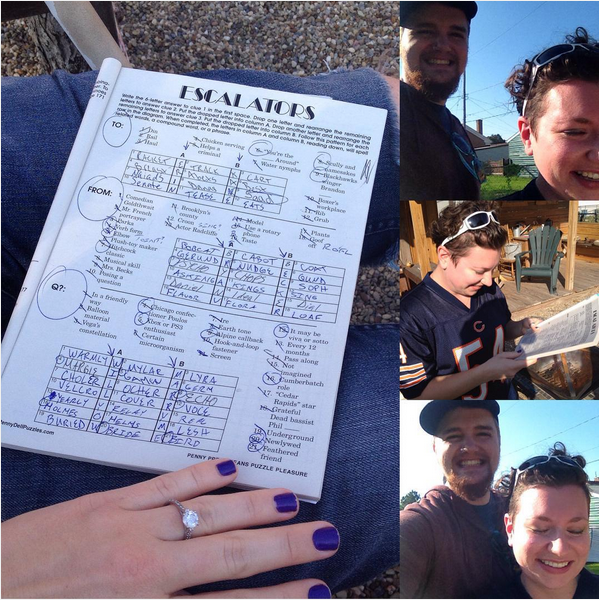 It’s an absolutely awesome idea, a testament to puzzly ingenuity, and honestly, just about the cutest proposal story I’ve ever heard.

I’ll let Bryan take it from here, in an email to his fellow collaborators at Penny Dell Puzzles:

I wanted to let you know that I proposed to Erin today with the puzzle and she said yes! It went perfectly. The puzzle looked great in the book and Erin thought nothing of it, thinking it was just another Escalators puzzle.

Once we got about halfway through the puzzle and she saw my name, it became kind of obvious, and once I knew that she knew, I got down on one knee and popped the question.

She was so surprised and blown away she even forgot to say yes and was just asking how I made it happen! She did eventually say yes after a lot of hugging, kissing, and tears, and then we continued to solve the puzzle before making calls to the rest of our family and friends. 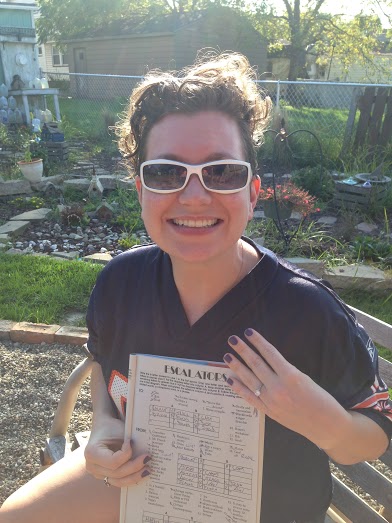 Congratulations to Bryan and Erin! I wish them nothing but the best on their journeys to come.

And kudos to our friends at Penny Dell Puzzles for truly going the extra mile for puzzle fans and romantics alike.

7 thoughts on “Well, that escalated quickly.”