Tuesday’s post was all about the chaos and unpleasantness ensuing from a puzzly misunderstanding, so let’s make today’s post about puzzles bringing people together.

Oh yes, my fellow puzzlers and PuzzleNationers, we’ve got a puzzle-fueled engagement on our hands! 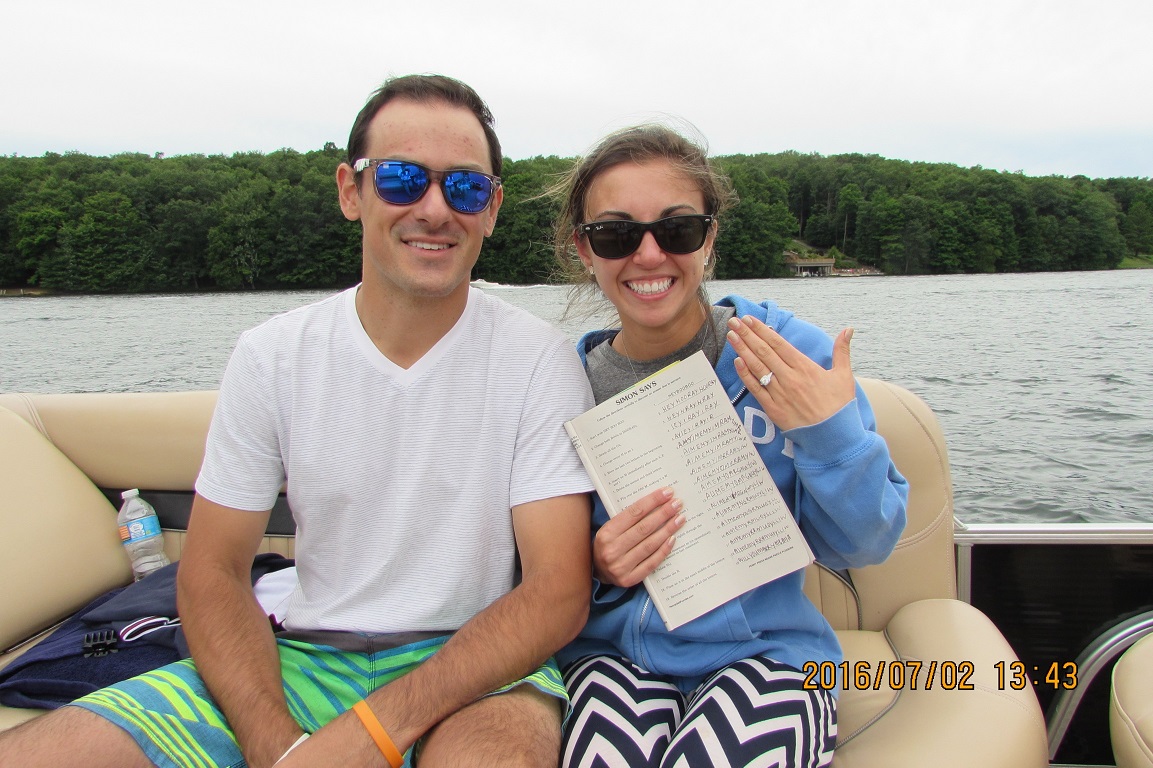 Our friends at Penny Dell Puzzles were contacted by a fellow named Bryan who wanted their assistance in crafting a puzzly proposal for his girlfriend.

Bryan provided information and ideas for the folks at Penny to utilize, and a special Simon Says puzzle was constructed for the proposal and slipped into a short run of magazines during production. That way, the proposal would be concealed amidst many other puzzles, and his girlfriend wouldn’t suspect a thing! Diabolical!

(For the uninitiated, Simon Says is an instruction puzzle where you start with a phrase, follow various instructions on how to manipulate and change the letters in the phrase, and you end up with a completely new phrase, usually a pun or a play on the starting phrase.)

In this case, the puzzle started with an affectionate HEY BOO BOO, and 19 steps later, you end up with the fateful question WILL YOU MARRY ME MIA? 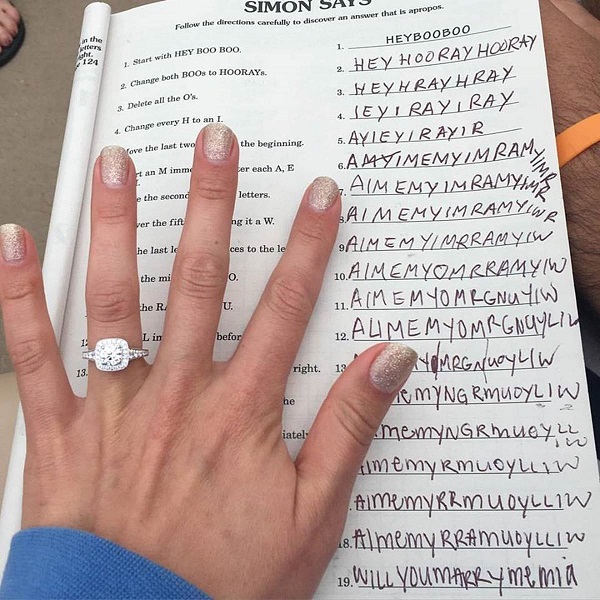 The day couldn’t have turned out any better and the fact that she said yes definitely helped. We actually completed around half the book prior to the engagement and she had no clue that page was special. She was completely surprised as well as her parents and it took her until Line 17 to finally figure out what it said. Kudos to you guys for being able to draw it on for that long! 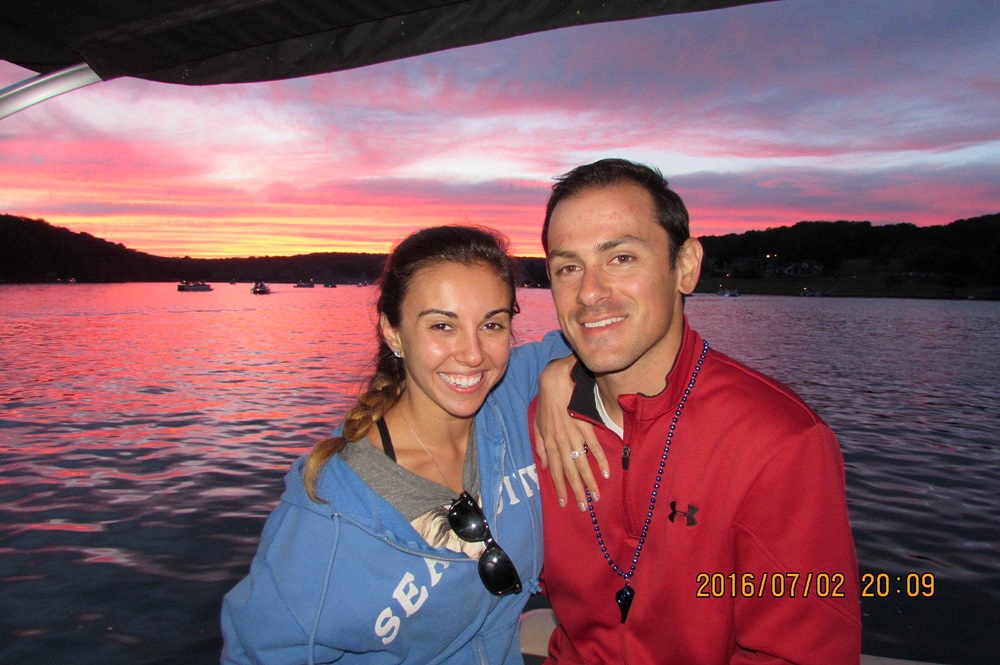 Congratulations to Bryan and Mia! I wish them nothing but the absolute best, and I hope they have many many happy years of love and puzzling ahead of them.

Our pals at Penny Dell Puzzles really outdid themselves on this one. Kudos indeed.

[For the story on the proposal the PDP crew assisted on last year, for another fellow named Bryan, click here!]

7 thoughts on “A proposal most puzzly!”