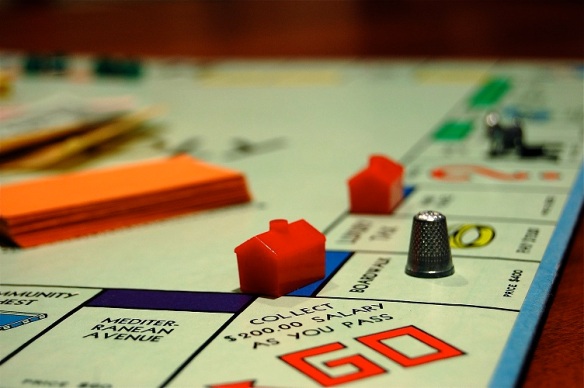 The folks at Monopoly are constantly trying new things in order to stay relevant in today’s ever-evolving game market.

When they celebrated Monopoly’s 80th anniversary in 2015, some of the games were sent out with real money instead of Monopoly money, which is a fantastic idea to promote the game.

In 2013, though, they tried something different, offering a more permanent change. They replaced the token of the iron with a token of a cat. Hazel the Cat. I was less enthused with this change.

But, hey, it’s just one token. No big loss. You’ve still got Scottie the dog, the thimble, the race car, the boot, the battleship, the wheelbarrow, and the top hat. 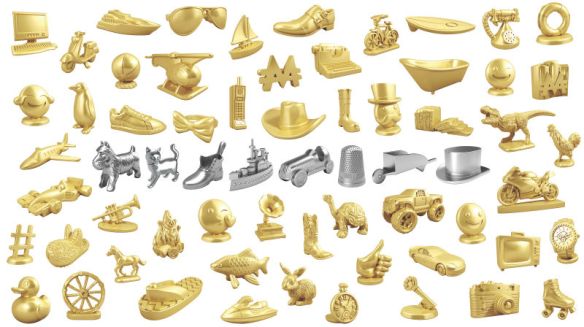 Well, that’s no longer the case.

Back in January, Hasbro launched an Internet poll to determine a new lineup of tokens for editions of the game going forward. You could vote to keep the current lineup, or you could select nominees from a list of dozens of possible replacements.

Those potential replacements included a goldfish, a trumpet, a telephone, a monster truck, a life preserver, a beach ball, a set of cufflinks, a bulky old cellphone, a bunny slipper, and several emoji faces.

Hasbro announced the results of their poll, and several of the original tokens didn’t make the cut. 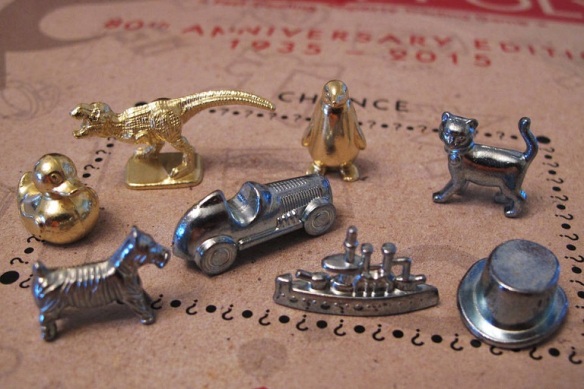 That’s right. Not only did Hazel the Cat stick around — ugh! — but the boot, the wheelbarrow, and the thimble are gone.

They’ve been replaced with a rubber duck, a penguin, and a Tyrannosaurus rex.

Now, let’s be fair. A T-rex token is awesome. I can get behind that. But a rubber duck and a penguin? Were all the voters really really into Batman Returns or something? (As they pointed out on Gizmodo, all of the winners are weird birds.)

Granted, I for one am grateful that none of the stupid emoji characters — like the crying-laughing face or the smooch face — made it into the game.

But to see the thimble go hurts. I conducted an informal poll among my fellow game fans and puzzlers, and the thimble and Scottie the dog were far and away the most popular.

Oh well. At least now there’s the option for a rule about a T-rex stomping someone’s house and causing property damage. That would be one heck of a Chance card.