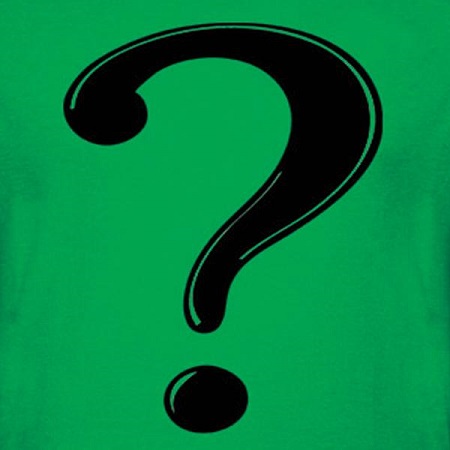 A PuzzleNationer reached out to me recently and asked about riddles. Specifically, he was asking about wordplay riddles, the ones that can take you a bit of time to mentally unravel, rather than the jokey riddles found in most children’s puzzle books.

You see, he’s a Dungeon Master, the man runs a Dungeons & Dragons game, shaping the story for the other players. He was about to lead his players into a lost catacomb left behind by a crafty wizard known for his love of wordplay, and he needed ideas for riddles that might challenge his players.

Thankfully, I had the perfect resource for him. 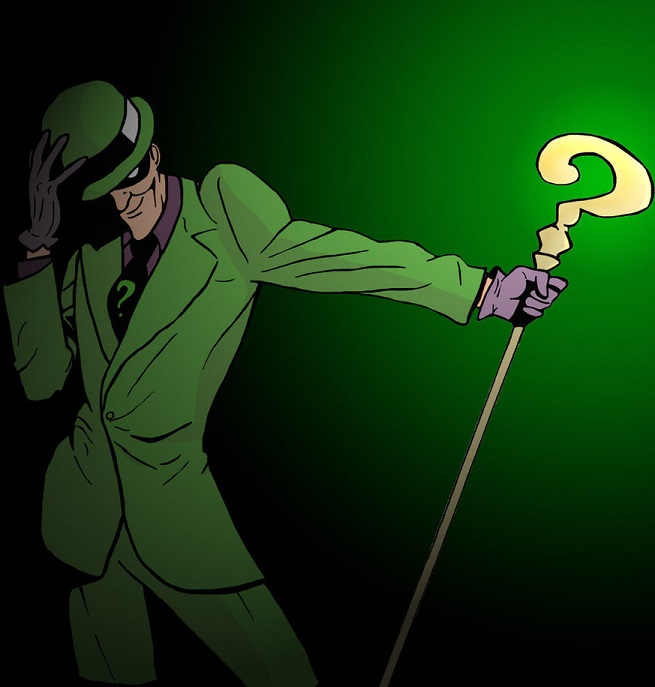 [No, not that guy… (Image courtesy of Nyafuu Archive.)]

The puzzly crew at Raging Swan Press foresaw the need for something like this, and years ago, they assembled three handbooks about riddles for anyone who might need them. This series is called “So What’s the Riddle Like, Anyway?” Downloadable PDFs of the books can be found on DriveThruRPG.com.

From the book’s introduction, where the authors present possible scenarios:

Your PCs are deep in the dungeon and have just encountered a terrifying monster which they have no chance of defeating. Luckily, the monster is bored and challenges the party to a riddling contest instead of simply just killing them. Alternatively, the party have encountered a sentient statue that will not let them past until they have answered three riddles correctly.

I am a huge fan of Raging Swan, because they’re all about providing additional content for roleplaying games in order to make the games more varied and interesting, and they price these expansions and idea-boosters very affordably.

For instance, each of the three editions of “So What’s the Riddle Like, Anyway?” are only $1.99 apiece.

And I figured, why not pit the puzzly minds of the PuzzleNation readership against the crafty campaign creators of Raging Swan Press.

Volume I of the series not only walks the reader through the process of designing and choosing riddles for your game, but also instructs you on how best to use the riddles to advance your story. Volume I also offers some examples to get you started.

1. What always runs but never walks,
Often murmurs, never talks,
has a bed but never sleeps,
Has a mouth but never eats?

Volume II delves deeper into the puzzlier aspect of riddles, employing pattern identification, word problems, and brain teasers to offer another possible challenge for your players.

5. A carpenter was in a terrible hurry. He had to work as quickly as possible to cut a very heavy ten‐foot plank into ten equal sections. If it takes one minute per cut, how long will it take him to get the ten equal pieces?

6. Can you find a four‐digit number in which:
The first digit is one‐third the second digit,
The third is the sum of the first and second and
The last is three times the second?

Volume III rounds out the trilogy with numerous traditional riddles about various aspects of the standard medieval roleplaying setting. Riddles about elements, dragons, weapons, creatures, and more await you inside this slim tome.

7. I am always hungry, I must always be fed.
The finger I lick will soon turn red.

8. A precious stone, as clear as diamond.
That shuns the sun’s bright fire.
Though you can walk on water with its power,
Try to keep it, and it’ll vanish ere an hour.

9. I am sometimes strong
And sometimes weak,
But I am nobody’s fool.
For there is no language that I can’t speak,
Though I never went to school.

How did you do on these riddles, fellow puzzler? Let us know in the comments section below!