Yesterday, I wrapped up my efforts to celebrate 2017’s contributions to the long, marvelous legacy of puzzles and games.

But before saying goodbye to 2017, I reached out to other constructors and puzzlers to ask them if they had any favorite crosswords from 2017, either of their own creation or those made by others.

So let’s check out the favorites from some world-class constructors in their own right.

Note: Wherever possible, I’ve included links to the puzzles, but for the most part, the links included filled-in grids, so if you want the full solving experience, scan for dates, outlets, and names to hunt down copies for yourself.

And remember: every single person who replied stated that there were other puzzles they loved that they knew they were leaving out, so don’t consider this in any way to be an exhaustive list. 2017 was a dynamite year for crosswords!

We’ll start off with some of crossword gentleman Doug Peterson‘s favorites:

– Monday, May 8 NY Times puzzle by Zhouqin Burnikel aka CC Burnikel. It’s an LGBTQ theme executed so nicely for a Monday. Difficulty and theme are spot-on for an easy puzzle. Lots of fresh, colloquial fill. CC is the master.

– Saturday, July 22 LA Times themeless puzzle by Erik Agard. All of Erik’s themelesses are fun, but this one stood out a bit more for me. SHIRLEY CHISHOLM, KITE-EATING TREE, TOOTHBRUSHES stacked on top of ORTHODONTISTS. Fun stuff everywhere you look.

– Wednesday, August 9 AVCX puzzle “Birthday Bash” by Francis Heaney. Broken PINATAs that have dropped their candy into the grid. It doesn’t get much better than that. 🙂 OK, slight ding for having one PINATA filled with ALTOIDS, but this was still a blast to solve. 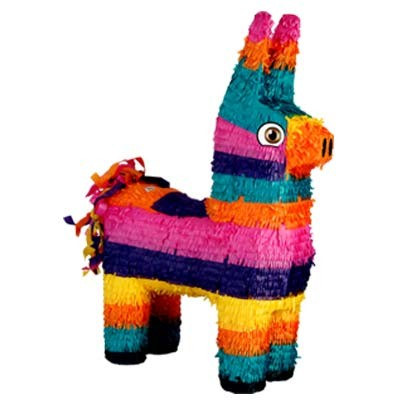 Several constructors, including Joanne Sullivan and Patrick Blindauer, heaped praise upon the puzzles from this year’s Lollapuzzoola event, and rightly so. They always push the envelope in terms of creativity with Lollapuzzoola, and folks went all out for the tenth year of the tournament. Blindauer cited Paolo Pasco’s tournament opener in particular as a delight.

Patrick had several other recommendations:

David Kwong sung the praises of Mark Halpin’s Labor Day Extravaganza — which doesn’t contain any crosswords, but it is still very worthy of mentioning — making a point of mentioning that “the meta puzzle involving the spider’s web was so expertly constructed.”

Constructor Brendan Emmett Quigley did an entire post highlighting his favorite puzzles from the previous year, which marked the only overlap between today’s entry and my list of puzzles yesterday. As it turns out, we both enjoyed his “Next Level Shit” puzzle from November 2nd. He cited “Party Line” from September 28th and “We Have Achieved Peak Puzzle” from November 9th as two other favorites.

To close out today’s rundown of killer puzzles, we’ve got a murderers row of recommendations from Evan Birnholz of Devil Cross and The Washington Post crossword:

Thank you to all of the fantastic constructors who offered their favorite crosswords from 2017! Please check out both these constructors AND the constructors they recommend! There are so many great puzzles out there for you if you bother to look!

Here’s to a terrific, challenging, baffling, and creative new year of puzzles to come!