Chess, checkers, backgammon, Go, Othello… all of the classic board games rely upon the idea that both players know how the pieces can and will move from round to round. That way, they can strategize, they can prepare defenses, they can circumnavigate your attempts to flummox them. To outmaneuver someone, you have to know how they can maneuver.

Masterminded by the team at Project Genius, Deblockle pits two players head to head to see who can remove their four blocks from the board first. 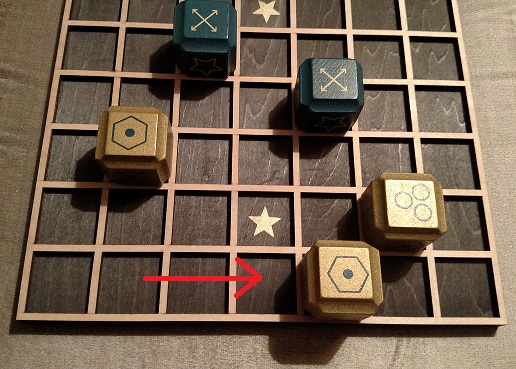 But here’s where things get tricky. Each turn, you have two moves. The first move is to roll one of your blocks into an adjacent space (either vertically or horizontally). 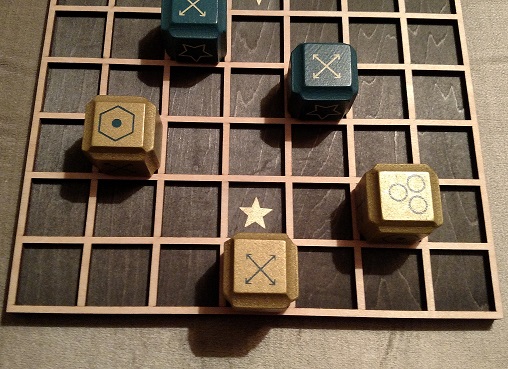 The second move is to place your block according to whichever symbol that landed face-up because of that roll.

There are six symbols, each with a corresponding action: 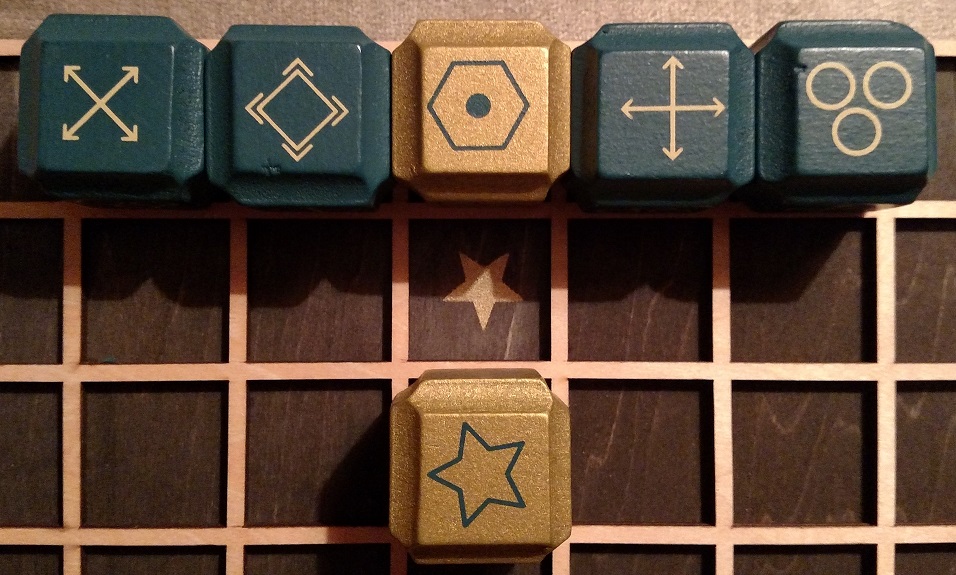 With each of those second moves, you’re not rolling the block to reveal a new symbol; you’re picking it up and placing it into its new position. 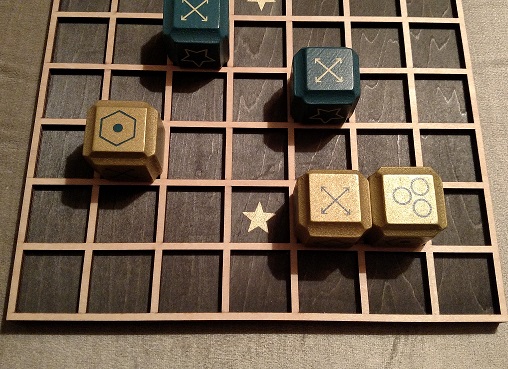 And yes, there are six symbols, and I only listed five above. That’s because the sixth symbol, the star, can only be revealed if you’re rolling onto one of the star spaces on the board. By rolling the block star-side-up onto a star space, you remove the block from play. 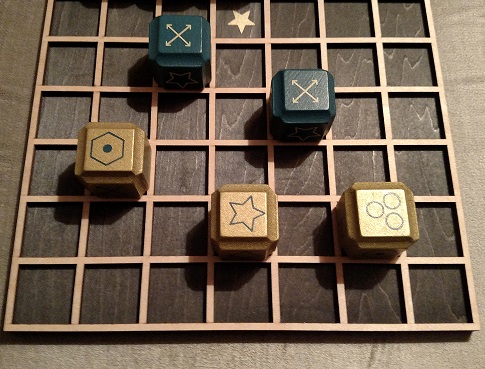 There are only two star spaces on the board, and you can only remove your blocks from the game if you utilize the star space opposite you.

And that’s when things get really tricky. Because it’s entirely likely that your opponent’s blocks will prevent you from rolling onto the symbol you wanted. So you’re puzzling out how exactly to roll and move your blocks so you’ll end up adjacent to the star space with the star symbol waiting to be rolled face-up, and also playing defense to impede your opponent’s efforts to navigate and manipulate the board to their own advantage.

It’s a lot to keep track of, and it makes for an immensely engrossing, engaging puzzle duel for two players. You’ve got the resource management of Risk, the piece placement mechanics of chess, and the defensive gameplay of Stratego and other strategy games.

And since the blocks are placed in their starting positions by your opponent — after rolling them randomly to see which symbol is face-up to start — every game of Deblockle is different. Opening gambits — like those you can learn in chess — are useless, because you won’t know how you can move your blocks initially until your opponent places them. 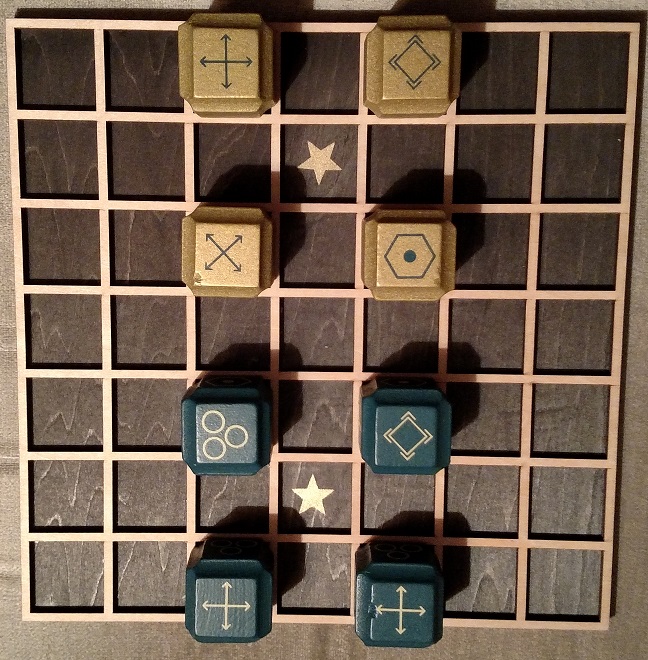 There is a wonderfully fresh challenge factor to Deblockle that many other head-to-head board games lack. While playing the game over and over will allow you to develop techniques and skills for how to better move your blocks, there are no shortcuts to becoming a better player through sheer repetition, because each opening setup is different.

Project Genius has managed to stuff a massive amount of gameplay, strategy, and style into those four little blocks, and they’ve got a real winner on their hands here.

[Deblockle is available from Project Genius and other participating retailers, for players starting at 8 and up!]