For years now, crowdfunding platforms like Kickstarter and Indiegogo have been hotbeds of innovative puzzle and game design, and I’m always happy to spread the word about worthy projects that I think will delight and intrigue my fellow PuzzleNationers.

The first (and puzzliest!) entry in today’s list is a reinvention of something PuzzleNation Blog readers already know: Eric Berlin’s Puzzle Your Kids subscription service.

Eric realized that the clever puzzles he was creating worked for both younger AND older solvers, and has reimagined the subscription service to provide all sorts of quality variety puzzles to solvers.

Now known as Puzzlesnacks, it’s the perfect way to keep the puzzler in your life busy with fun, unique variety puzzles, no matter what their skill level.

With 23 days to go, the project is already funded, so any further funding just means more puzzles and even greater quality going forward! 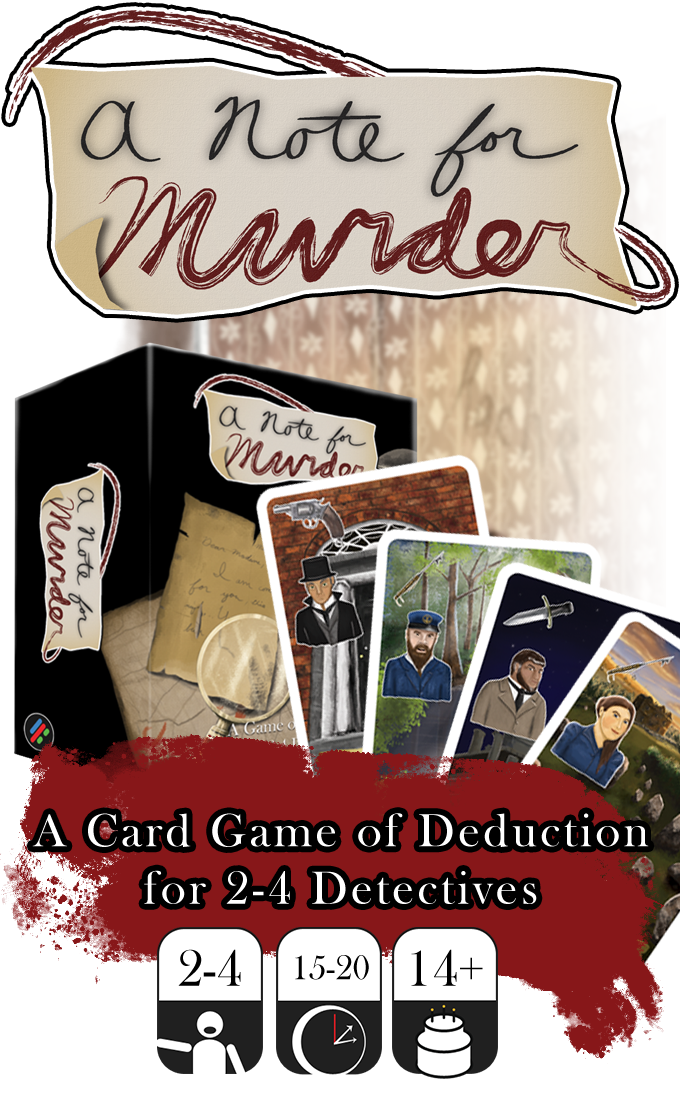 Our second project is something for the murder mystery fans in the audience: A Note for Murder.

This game plays on classic murder mystery tropes, as players piece together the crime —  identifying the suspect, the murder weapon, and the scene of the murder. The twist? The crime hasn’t happened yet!

Plus you’re competing with your fellow players. Although it takes working together to solve the crime, only one person can get the credit for preventing the crime. Will it be you?

With 23 days to go, the project is one-third funded, but I suspect this intriguing spin on traditional murder mystery board games like Clue will meet its funding goal. 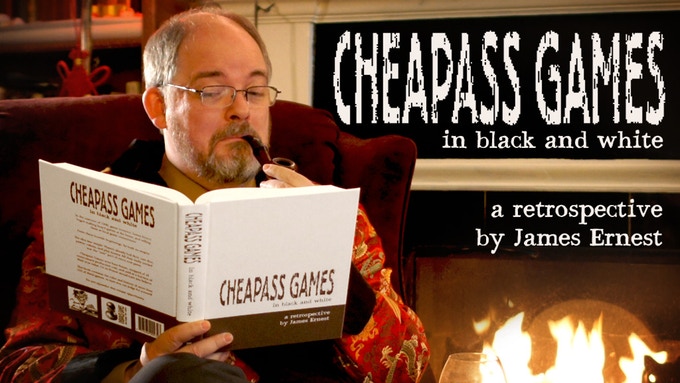 Our third campaign celebrates the history of one of the most unique game companies in the market today: Cheapass Games.

The company originally marketed its games by selling only what you need to play the game, allowing you to save money by scrounging up your own dice, tokens, and more from the games you already have. It was a genius approach that led to dozens of fantastic, unusual gaming experiences.

And now, they’re bringing that history to life with Cheapass Games in Black and White, a book collecting the rules and histories of every game offered by the company during the Black and White era.

The book is already funded, but with 21 days left, this project is still worth your time. 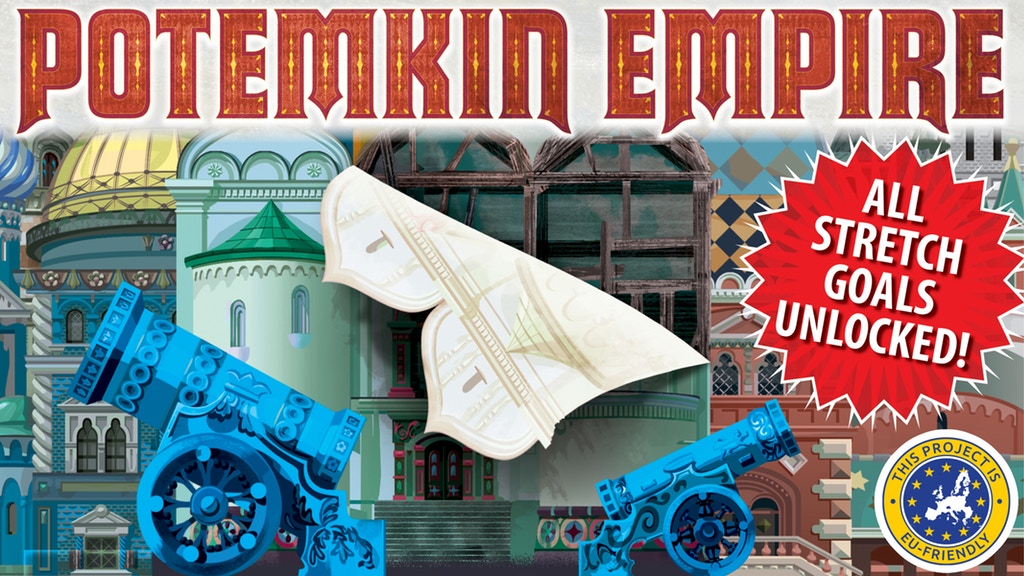 We delve into a peculiar true story from history with our fourth entry: Potemkin Empire.

As Empress Catherine tours the towns and villages in her domain, each player competes to convince her that they have the most prosperous and worthy village. And a bit of chicanery is needed, as everyone is setting up empty building facades to enhance the look of their individual towns.

The game quickly becomes a battle of cons, ruses, bluffs, and betrayal, as players try to expose the fake buildings of others while concealing their own false fronts. This looks like a terrific strategy game with some devious poker elements, built in the same vein as Sheriff of Nottingham and other social games.

There’s less than 36 hours left in the campaign, so contribute now. The game is fully funded and pushing towards some worthwhile stretch goals in the home stretch! 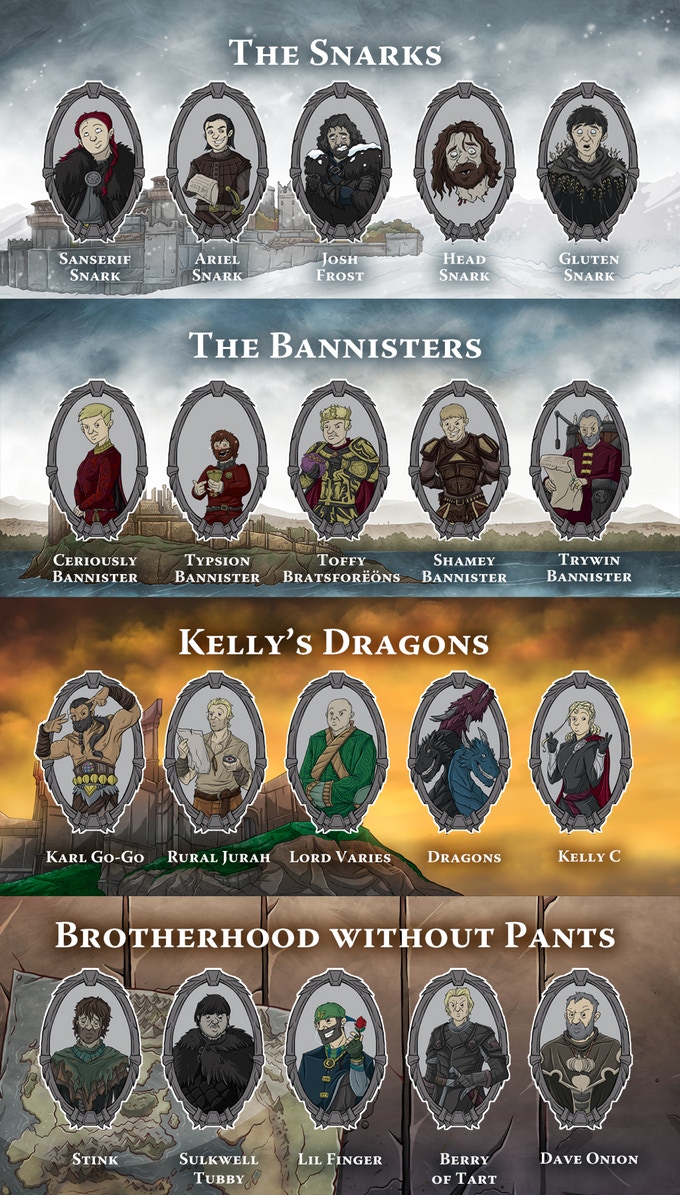 Our fifth and final entry today adds a macabre sense of humor to an iconic storytelling world.

Gloom of Thrones combines the mystique and grandeur of Game of Thrones with the namesake card game’s twisted humor and clever gameplay. As each player takes control of a noble family, they endeavor to make them as miserable as possible to score points, and then kill them off when the time is right.

The transparent cards allow for all sorts of playing combinations as you torment and mistreat the parody characters. And naturally, you can derail the other players by causing nice things to happen to their characters. There’s really nothing quite like playing Gloom.

With 20 days to go, the game is fully funded and pushing onward toward stretch goals, so don’t miss out on this hilariously brutal spin-off.