International TableTop Day is one of our favorite days of the year around here! Whether you play board games, role-playing games, card games, dice games, puzzles, or logic games, this is the holiday for you, family, and friends to come together and play games.

As we discussed in a previous post, there has been some controversy surrounding the date of TableTop Day this year, so we decided to celebrate our own in-house TableTop Day last Tuesday! 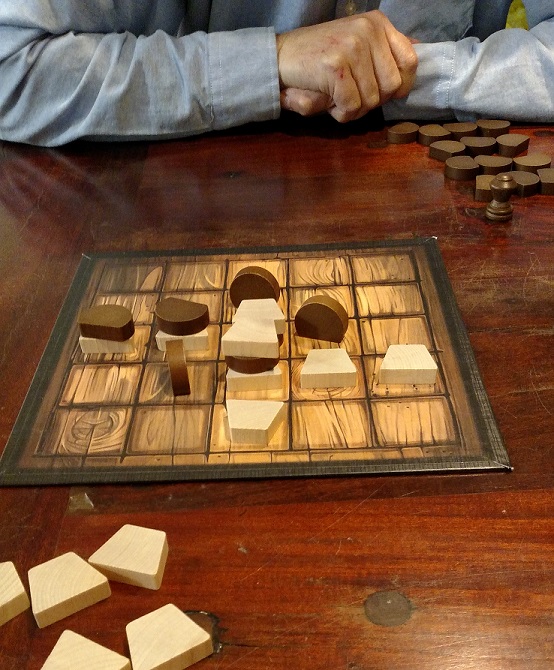 For the seventh year in a row, we put aside some time to indulge in some puzzles and games with our friends at Penny Dell Puzzles, and as always, it was a delight. Games were played, snacks were consumed, and fellow puzzlers and PuzzleNationers were introduced to some terrific games.

For our TableTop Day event, we focus on quick-play games and games for 2 to 4 players, since that allows people the opportunity to try several games without taking too big a bite out of the workday. Not only that, but with smaller groups or 1-on-1 games, it’s easier to introduce someone to a game and really get into the mechanics and gameplay swiftly. 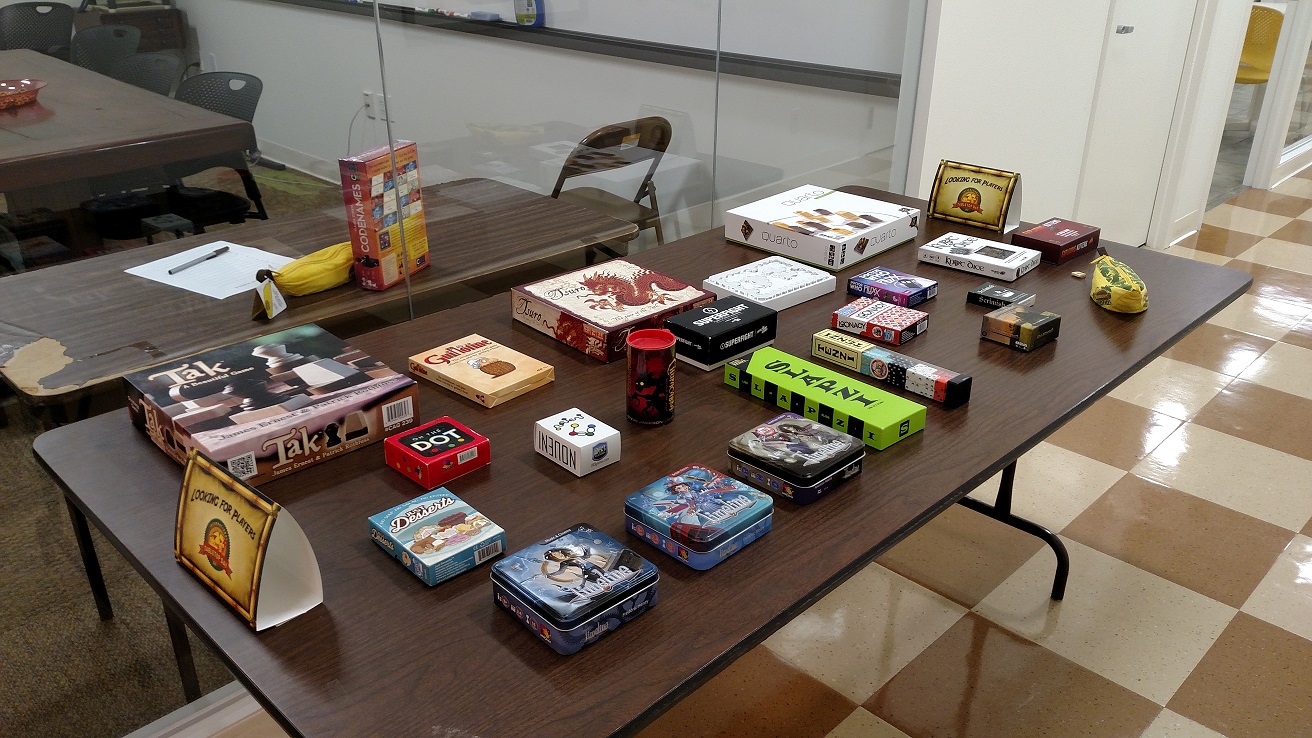 [The spread of games available for the event. Can you name them all?]

As usual, the event started with people picking out their favorites and introducing new players to the game. Quarto was immediately snatched up, and I played several rounds of Tak with a newcomer to the game who really enjoyed the board game’s strategy, simplicity, and elegant design. 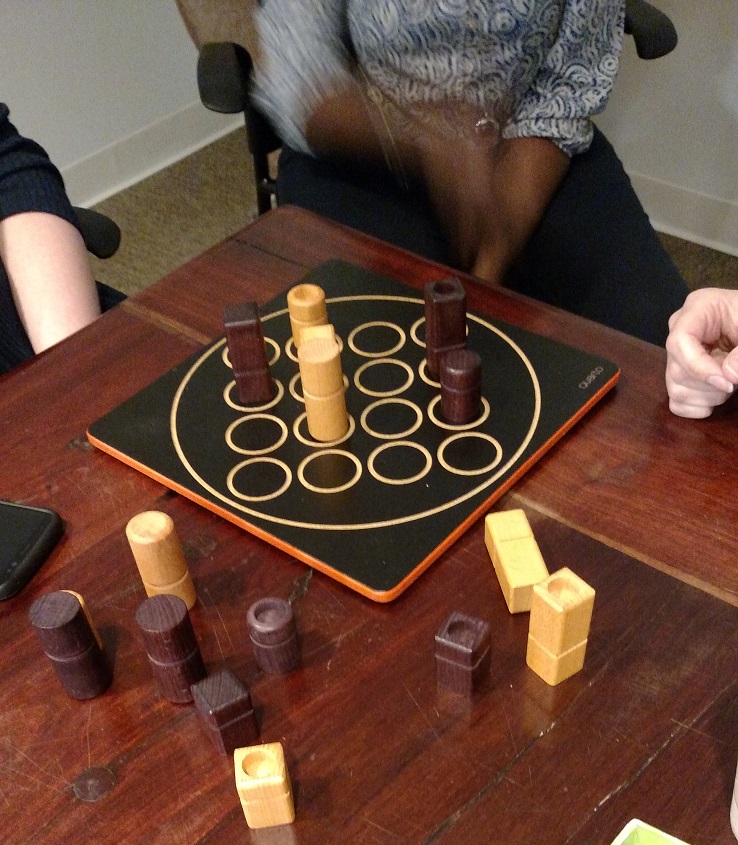 At another table, several rounds of the quick-play pattern-matching card game Loonacy marked a fast-paced and chaotic start to the day’s festivities for new players and familiar faces alike. 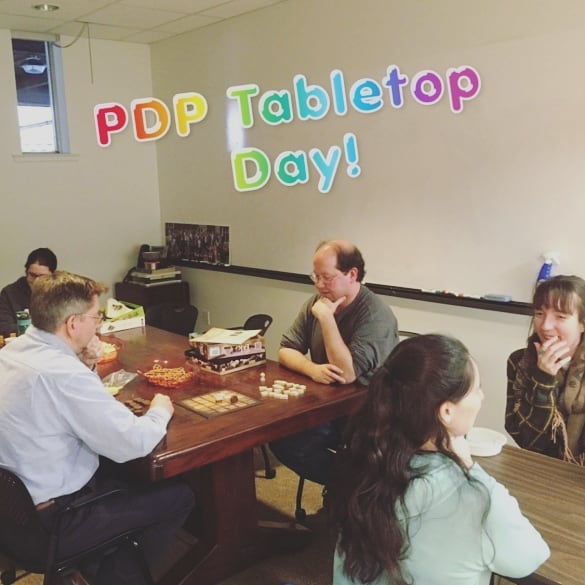 A few games of the British History edition of Timeline soon followed, as well as new players trying out the labyrinth-building challenge of The Abandons, which quickly proved both difficult and addictive for one particular celebrant. One-player puzzles like Puzzometry and Knot Dice were also popular.

We concluded our celebration of gaming and community in suitably epic fashion with a round of Exploding Kittens. The players bravely tried to avert and avoid the catastrophes induced by various adorable, oblivious, combustible cats, and it made for a fun, silly ending to another terrific event.

People got to blow off some steam, try some new games, and enjoy some snacks. What more can you ask for? All in all, we definitely call that a success! 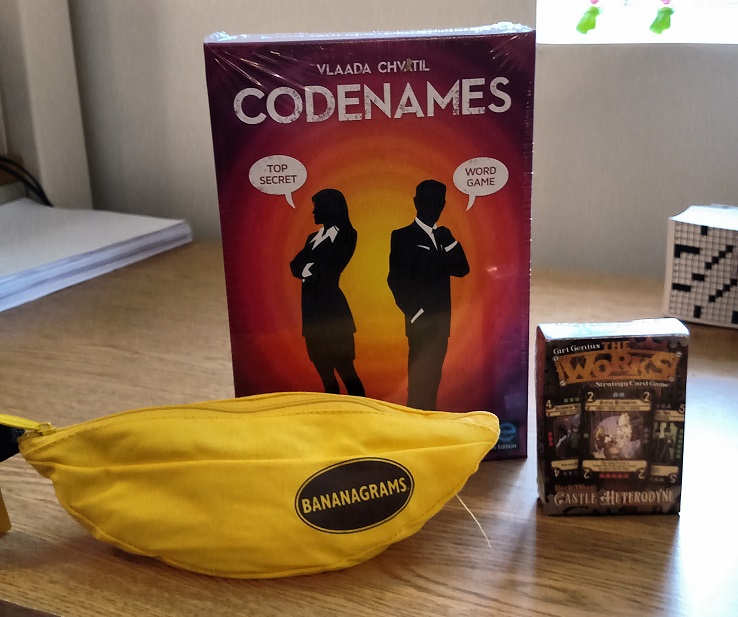 [Naturally, people waited with baited breath to see who won our raffle AND this terrific bundle of games and goodies!]

So, fellow puzzlers and PuzzleNationers, do you celebrate International Tabletop Day? Let us know in the comment section! We’d love to hear from you!