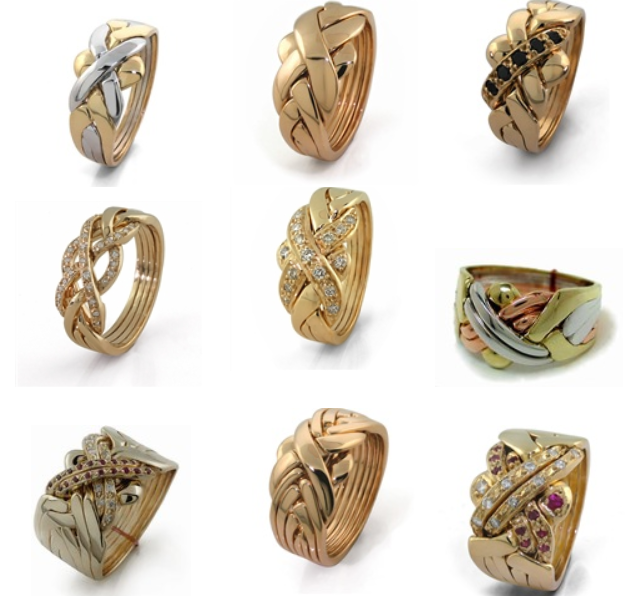 Puzzles come in all shapes and sizes. There are wooden boxes, plastic mazes, and metallic brain teasers. Shapes to be reassembled and combinations of wood, rope, and metal to untangle. There are wine bottles to free, locks to open, and secret compartments to uncover.

There are even puzzles you can wear.

Say hello to the puzzle ring. 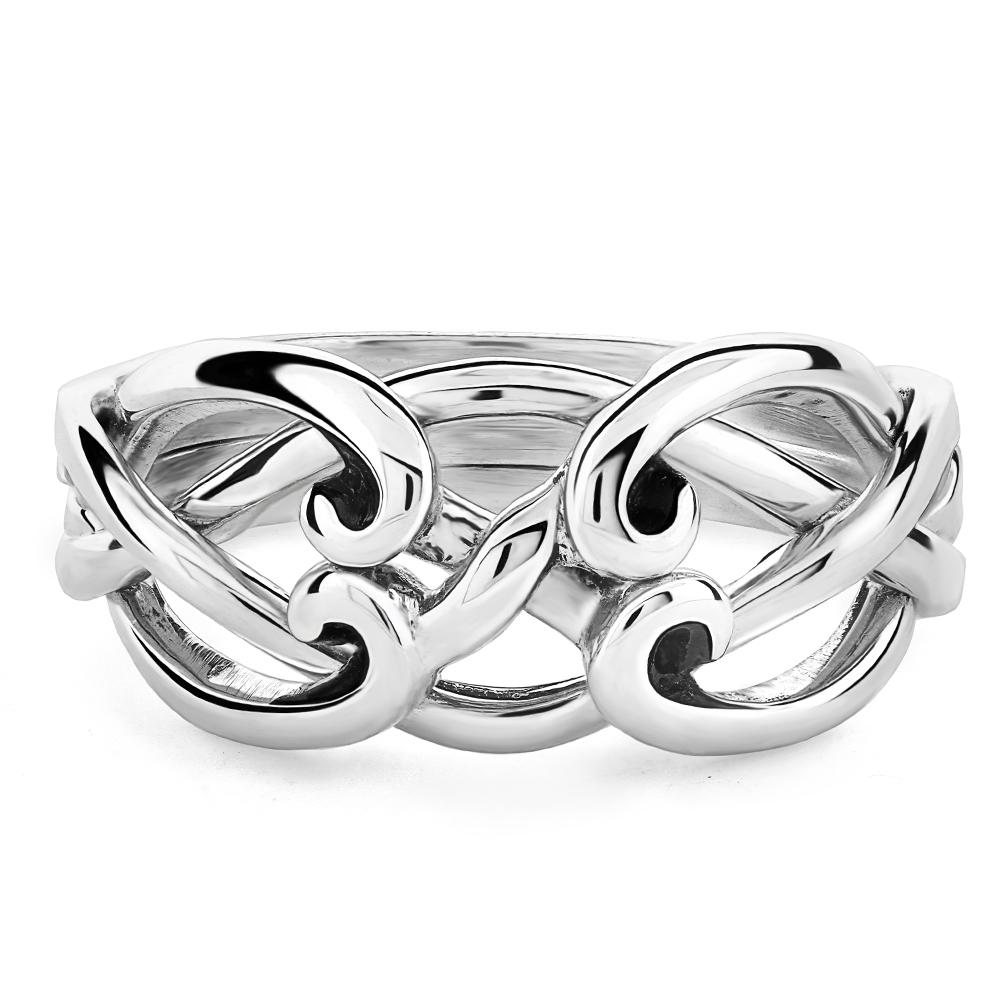 These rings are made of overlapping metal bands that weave together to create elaborate designs, knots, and patterns. Puzzle rings can consist of as few as three bands or as many as seventeen, though between four and eight are the most common. When properly arranged, the bands align to form a particular design, and the pressure of your finger helps hold the bands in place.

When you take it off, the ring falls apart into its component bands. (Often, the rings are interconnected, which ensures they won’t be misplaced, but can also make solving them harder.)

And, as you might expect, the more bands that constitute the ring, the more difficult and elaborate the movements necessary to arrange the ring into its correct configuration. 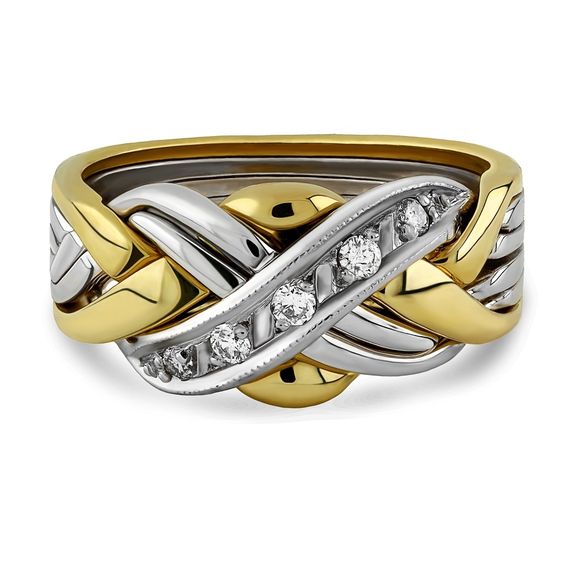 Rings with Celtic knot or claddagh designs — inspired by Irish tradition — symbolize the thought and effort that keep the bonds of friendships or marriages strong. Faithfulness and loyalty, a bond forged by separate elements coming together as one.

Now, that’s a lovely thought, but some origin stories paint the puzzle ring as a symbol of mistrust. You see, according to legend, a Turkish king (or a soldier in the Middle East heading off to war, depending on the story), didn’t trust his beloved, so he had a puzzle ring forged for her. This way, if she was unfaithful — for instance, removing the ring so her new lover wouldn’t know she was married — the ring would fall apart, providing sure evidence that the ring had been removed and some sort of shenaniganry was afoot.

Those stories may very well have some fact behind them, but it’s more likely that puzzle rings evolved from the Elizabethan tradition of gimmal rings (or gimmel rings). 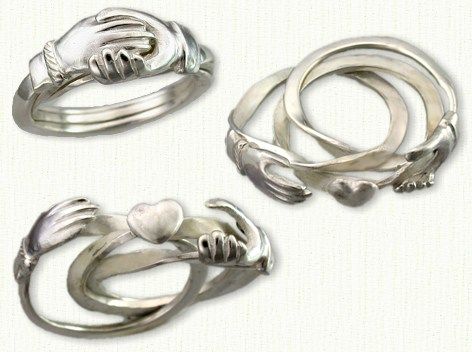 Gimmal rings are rings consisting of two or three hoops or pieces that form a single ring. Popular as engagement gifts, the rings would be worn separately until the wedding, when they would be reunited and used as the wedding ring. (The third piece was often worn by a witness to the wedding before it would be reunited with the others.)

Also known as joint rings, gimmal rings found enthusiastic audiences in Germany, England, and elsewhere in Europe, which is also where claddagh designs, dragon designs, and other imagery was added. 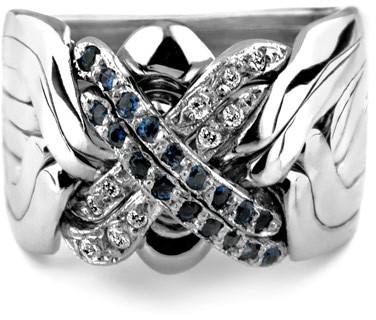 But no matter the origins or the common uses, there’s no denying that puzzle rings are some of the most beautiful, elegant, and clever puzzles on the market today. (We’ve even added a board full of them to our Pinterest account!)

A cursory Google search turns up dozens of sites selling them, and the prices range from quite reasonable to thousands upon thousands of dollars for diamond-inlaid, golden puzzle rings sure to dazzle the eye and baffle the mind.

I think that, for now, I’ll stick with the 3D-printed puzzle ring I got for Christmas a few years ago.