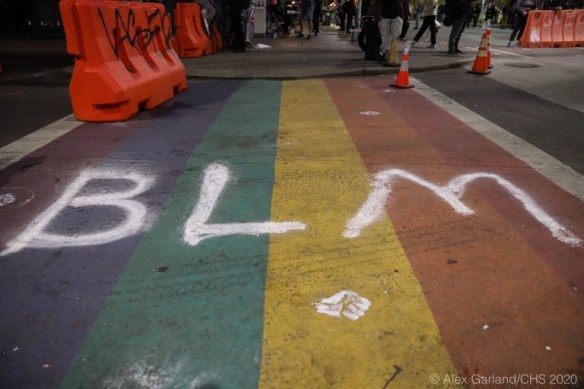 Welcome to the latest puzzle in my ongoing series, Eyes Open, inspired by the Black Lives Matter movement and other civil rights protests.

With one of the most consequential elections in our country’s history looming large, I wanted to dedicate a puzzle in October to African-American political campaigns, and it wasn’t hard to find inspiration.

The subject of today’s puzzle never stopped breaking new ground, crashing through glass ceilings, and blazing fresh trails for both women and African-Americans.

She was a founding member of both the Congressional Black Caucus and the National Women’s Political Caucus. She was the first black woman elected to Congress, eventually serving for seven terms. She would hire only women for her office.

But her greatest challenge was vying for the Democratic nomination for president in 1972.

Battling racism and sexism alongside the better-funded campaigns of George McGovern, Hubert Humphrey, and segregation-happy George Wallace — as well as the negative rhetoric of doubters like Jesse Jackson, Julian Bond, and Louis Stokes — she ran an impressive campaign, though she failed to win the nomination.

“When I ran for president, I met more discrimination as a woman than for being black. Men are men.”

The title for this puzzle comes from a statement by Robert Gottlieb, who served as a congressional intern for her and helped design the campaign poster quoted in today’s puzzle.

Her influence and impact cannot be overstated.

There’s no trick or gimmick to today’s grid. It’s a straightforward exploration of an intriguing individual at a crucial moment in our country’s history.

I hope this puzzle serves to both engage you as a solver and encourage you to learn more about this fascinating individual on your own.

I would like this to become something bigger, but hopefully, this is at the very least a start.