You might have seen the news story last year about a woman who chronicled numerous train delays with her knitting while she worked on a scarf. (Though you probably didn’t hear that it sold on eBay for over 7,000 Euros.)

Knitting is a clever way to both eat up downtime waiting for the train and also document how long that train made you wait. Moreover, it’s sending a message in an unusual fashion — an image that speaks volumes.

And one thing we’ve learned over the years is that when you can send a message without words, spy agencies will jump on that bandwagon.

So it should come as no surprise to you that knitting has been part of spycraft techniques for decades. 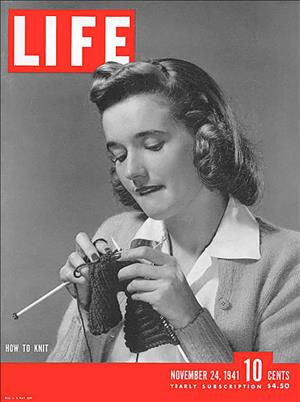 True, it is far more common from someone to simply passively observe the enemy WHILE knitting and hiding in plain sight. This was very common in countries all over Europe. When you consider how often volunteers were encouraged to knit warm hats, scarves, and gloves for soldiers during wartime, it wouldn’t be unusual to see people knitting all over the place.

Some passed secret messages hidden in balls of yarn. Elizabeth Bently, an American who spied for the Soviet Union during WWII, snuck plans for B-29 bombs and other aircraft construction information to her contacts in her knitting bag.

Another agent, Phyllis Latour Doyle, had different codes to choose from on a length of silk, so she kept it with her knitting to remain inconspicuous. She would poke each code she used with a pin so it wouldn’t be employed a second time — making it harder for the Germans to break them.

But there was a small contingent of folks who went deeper, actually encoding messages in their knitting to pass on intelligence agencies.

It makes sense. Knitting is essentially binary code. Whereas binary code is made up of ones and zeroes (and some key spacing), knitting consists of knit stitches and purl stitches, each with different qualities that make for an easily discernable pattern, if you know what you’re looking for. So, an attentive spy or informant could knit chains of smooth stitches and little bumps, hiding information as they record it.

When you factor Morse code into the mix, knitting seems like an obvious technique for transmitting secret messages. 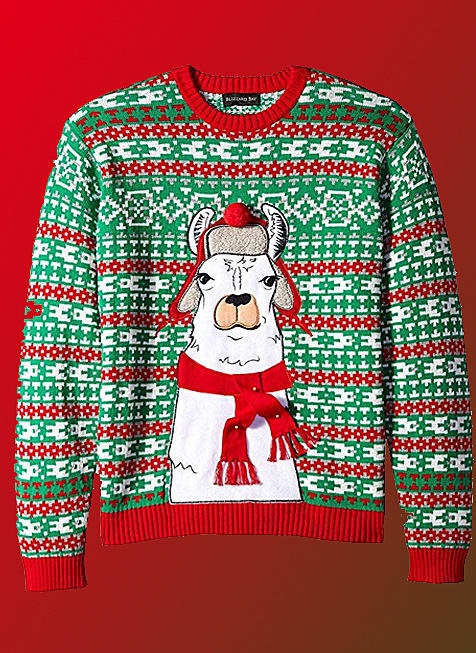 [What is this Christmas sweater trying to tell us?]

During World Wars I and II, this was used to keep track of enemy train movements, deliveries, soldiers’ patrol patterns, cargo shipments, and more, particularly in Belgium and France. There are examples of codes hidden through knitting, embroidery, hooked rugs, and other creations, often right under the noses of the enemy.

As more intelligence agencies picked up on the technique, it started to breed paranoia, even in organizations that continued to use knitters as passive spies and active encryption agents.

There were rumors that Germans were knitting entire sweaters full of information, then unraveling them and hanging the threads in special doorways where the letters of the alphabet were marked at different heights, allowing these elaborate messages to be decoded.

Of course, this could be apocryphal. There’s no proof such overly detailed sweaters were ever produced or unraveled and decoded in this manner. (Plus, a knitter would have to be pretty exact with their spacing for the doorway-alphabet thing to work seamlessly.)

During the Second World War, the UK’s Office of Censorship actually banned people from using the mail to send knitting patterns abroad, for fear that they contained coded messages.

Naturally, a puzzly mind could do all sorts of things with an idea like this. You could encode secret love notes for someone you admire or care for, or maybe encrypt a snide comment in a scarf for somebody you don’t particularly like. It’s passive aggressive, sure, but it’s also hilarious and very creative.

Now if you’ll excuse me, I need to unravel this gift from my aunt and see if she’s talking crap about me through my adorable mittens.

[For more information on this topic, check out this wonderful article by Natalie Zarrelli.]