Yes, gentle reader, I certainly did.

But, as it turns out, that iconic little puzzly cube and all its twisty brethren are incredibly useful to AI and robot designers.

Not only do the acts of pattern recognition, visual assessment, and solving provide ample challenges to programmers — both in terms of speed and efficiency — but the physical manipulation of the cube itself is a frequent subject of testing.

In this particular case, a robot has been developed which can solve the cube one-handed. And, as eloquently stated in this Gizmodo article, that’s a feat in itself:

At one point in time, it was considered an accomplishment when a robot arm could pick up something as delicate as an egg without crushing it between a pair of pincers. But as researchers from the University of Tokyo’s Ishikawa Senoo Lab demonstrate — with the assistance of a high-speed camera monitoring the subtle movements — this agile three-fingered hand can manipulate and reposition Rubik’s fiendish puzzle cube with impressive dexterity.

This is a very different mechanical rig when compared to some of the other speed-solving rigs we’ve seen before. Instead of an elaborate array of motors and manipulators, it’s simply a few limber fingers.

This level of dexterity could prove to have all sorts of applications, from robotic surgery and meal preparation to improving bomb-defusing equipment and hazardous material disposal.

And all thanks to this twisty little puzzle. That’s pretty cool. 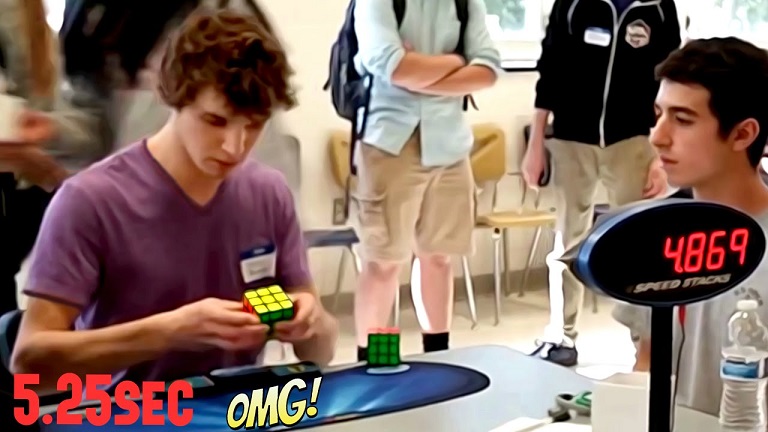