Crosswords LA is this coming Saturday, October 21. This crossword tournament consists of five puzzles for tournament attendees to solve, followed by a finale where the top three solvers race to complete one last puzzle and claim victory!

I reached out to Elissa Grossman, who runs and coordinates Crossword LA, and she was kind enough to fill me in on some of the details of this weekend’s event, her ninth year as the woman in charge!

The event will be hosted on the campus of the University of Southern California, beginning at 10:30 AM and ending at around 4:00 PM.

Online, advance registration is currently closed, because we reached 120 participants. There will be about 20 additional seats still open for walk-in participants, however. Check-in and, for those who choose it, on-site registration will open at around 9:30 AM.

I like having a small event, as it feels, in many ways, like a family project. The MIS Chief is my father. The Assistant Director is my son (who is only recently 7 and takes his pencil box filling responsibilities very seriously); he will this year help man the check-in table, with my mother. My nephew, a USC student, will also likely volunteer as a puzzle collector — and bring some of his friends to help out as well.

The event includes five in-competition puzzles of various difficulties, one warm-up crossword, one warm-up game for everyone, one team puzzle race, and a head-to-head-to-head final. This year’s puzzle wrangler is Alex Boisvert of Crossword Nexus, who invited this year’s constructors and oversaw all aspects of crossword production.

There are prizes for the winners for each division (usually gift baskets or chocolate towers, because we have a wonderful donor who gives us these). There is a “Perfect Puzzler” bumper sticker for those who solve clean for the whole tournament.

The funds that we raise are donated to Reading to Kids — a wonderful, local non-profit that sends hundreds of volunteer readers into schools each month, to read to the children and share a love of reading.

Tyler Hinman and Alex Boisvert will this year announce our Finals.

And for those who might be interested in tackling the Crosswords LA tournament puzzles themselves, there’s some good news…

For about six years now, however, we’ve sold tournament puzzle packs after the event is over. These packs typically go on sale about 24-48 hours after the tournament ends — and usually cost $5 or $6. They include all in-competition puzzles, the team race, the warm-up puzzle, and, sometimes, a bonus puzzle or two. The puzzles will be accessible through a link from our home page and from the Crossword Nexus site. They can be purchased for download or for email receipt (with attached zip file).

Good luck to everyone attending the event on Saturday, and many thanks to Elissa for her time, as well as friend of the blog Patti Varol pointing me Elissa’s way!

Are you planning on attending Crosswords LA, fellow puzzlers? Let us know in the comments below! We’d love to hear from you. 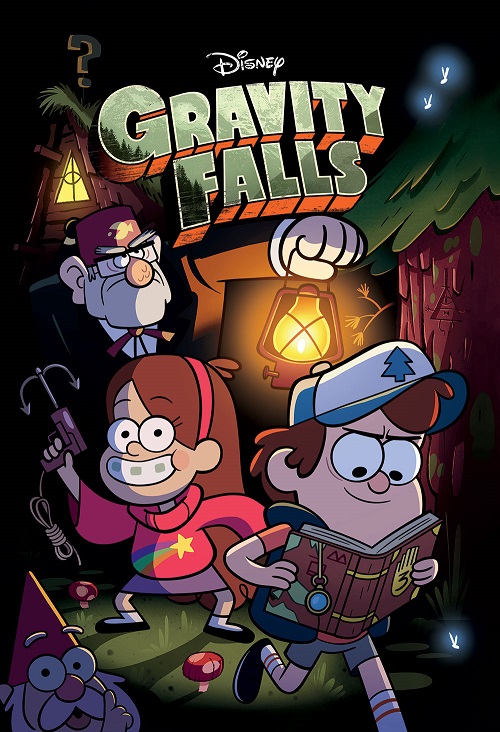 It’s sad when your favorite show goes away, particularly when it feels like there could have been so much more to enjoy. As someone who routinely seems to discover hidden gems on TV, only for them to vanish a season or two into promising runs, I know this better than most. (Alas, Brimstone, Now and Again, Twin Peaks, Better Off Ted, and others…)

The fans of the Disney Channel animated series Gravity Falls endured similar sadness when the show wrapped up its two-season run earlier this year. (Although it was the decision of the showrunner to end the show and not the network in this case, it was still a sad day for fans.)

From the Wikipedia article on this Twin Peaks-fueled program:

For their summer vacation, 12-year-old twins Dipper and Mabel Pines are dropped off from their home in Piedmont, California to the fictitious town of Gravity Falls, Roadkill County, Oregon to live with their Great Uncle Stan Pines (often shortened to Grunkle Stan), who runs a tourist trap called Mystery Shack. Things are not what they seem in this small town, and with the help of a mysterious journal that Dipper finds in the forest, they begin unraveling the local mysteries. 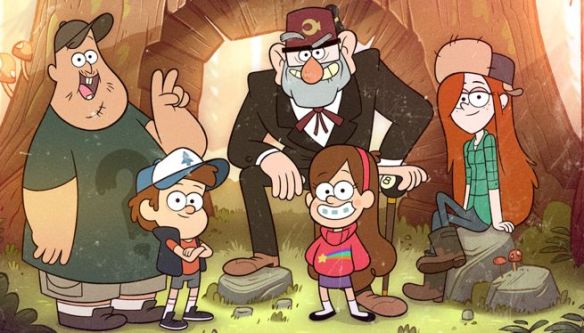 The show was big on supernatural storytelling and puzzles to unravel, even including ciphers at the end of each episode that incorporated classic encryption techniques like Caesar ciphers, Vigenere ciphers, and others. This is pretty high-level stuff for a show that’s supposedly for kids. (Then again, plenty of adults enjoy a quality animated show, and Gravity Falls was critically acclaimed for good reason.)

In the series finale of the show, there was a brief shot of a statue of the show’s villain Bill Cipher, but it appeared to be a photograph rather than an animated image. 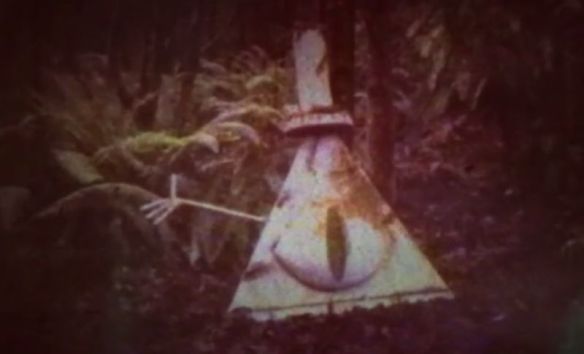 Speculation immediately ran rampant as fans wondered if there was really a Bill Cipher statue somewhere.

Cue the Gravity Falls Cipher Hunt, a world-spanning puzzle hunt launched on July 20, 2016, where fans teamed up to crack clues offered by show creator Alex Hirsch, all in the hopes of tracking down this mysterious statue.

Although the main thrust of the hunt was centered around the United States, clues appeared in places as far-flung as Russia and Japan, requiring a truly global effort of cooperative fandom to crack each mystery.

And the creator himself was astonished when the entire hunt was solved in just two weeks, as fans pieced together the last fragment of the puzzle on August 2: a missing section of parchment that corresponded to a map of a forest in Reedsport, Oregon.

[Click here for a rundown of the entire puzzly saga.]

Awaiting the intrepid solvers was not only did the statue of Bill Cipher, but a treasure chest with messages that could only be read under black light. Also, in a truly brilliant bit of fan service, there was a sash and crown inside the chest that would anoint the wearer as the mayor of Gravity Falls! (Hirsch even went on to say that this appointment is now canon for the show!)

And, as it turns out, they found the statue just in time, as a property dispute between neighbors has led the statue to be taken in by police until the situation is resolved!

This is not only an outstanding example of real-world puzzling in its own right, but a wonderful thank you from a creator to his fans, providing one last challenge, one last story, to the people who’d most appreciate it. Nicely done, Mr. Hirsch, and nicely done, Gravity Falls fans!

[Also, nicely done to Owen, and his mom, friend of the blog Chris Begley, for bringing this story to my attention.]