It’s nearly Halloween, and monsters are a seminal part of the season’s festivities.

Maybe you’re hunting them alongside Buffy, the Winchester brothers, or agents Mulder and Scully. Maybe you’re trying to survive them, like any number of nubile teens at parties, secluded cabins, lakeside retreats, or after hours at the school.

Or maybe, you’re making them.

There’s a grand tradition in pop culture of monster-making, from Dr. Frankenstein and Dr. Moreau to Rita Repulsa and Mr. Sinister.

And who hasn’t wanted to make their own monster at one time or another?

Well, you get your chance in 13 Monsters, a cutesy-spooky build-’em-and-fight-’em game with a load of skill and a little luck required.

13 Monsters combines the attentiveness of Memory, the dice-rolling skills of Yahtzee or Tenzi, and the tactical timing of Bears Vs. Babies or Fluxx to create an enjoyable gameplay experience that’s more fraught with tension than you might expect from a game featuring such heartwarming big-eyed monsters.

And while we’re on the subject, the art for these thirteen monsters is out of this world. The creatures are visually striking, gorgeously rendered onto the tile pieces, and so vivid that they practically pop out into 3-D.

Each has a distinct flavor, adding horns, fangs, wings, and all sorts of tiny details to hint at the deeper, darker worlds they might inhabit. I cannot say enough good things about the art direction behind this game.

The game starts with a 9×9 grid of tiles, all face down. The pieces of thirteen different monsters are scattered across this grid, and you must find matching pairs of monster pieces to build your gruesomely adorable fighters. If you flip two tiles and they don’t match, your turn is over.

If you have all three sets — no matter if they’re from the same monster or their element symbols match — you combine them to form a full monster.

Once you have a full monster, you can attack your opponents with the goal of taking one of their matched pairs for yourself. (This is one way to assemble a complete, matching monster.)

As you can see, there’s a lot going on at once, and the more monsters you assemble, the more options you have available. You need to keep track of what tiles have been revealed, what pairs your opponents have, what pairs you need, how dangerous their monsters are, and how dangerous your monster is. (There’s also the threat of the thirteenth monster out there, which is the most powerful.)

Testing your memory, your ability to assemble the best monster from the pieces you have available, and gauging when to strike for maximum effect, this game will keep board gamers and puzzle fans alike on their toes.

We were impressed by how much gameplay was packed into what seemed like a simple memory/combat mashup game. The wealth of options available, the stunning artwork, and the addictive gameplay quickly made it a hit at the gaming table.

Plus the relative family friendliness of the monsters ensured that younger players could get into the game as well, exposing themselves to several different gameplay styles all at once.

While it may remind you of Dr. Frankenstein’s famous creation, 13 Monsters is no cobbled-together stroke of luck. It’s a well-assembled machine.

[13 Monsters is available from 13-monsters.com and select European outlets.]

For years now, crowdfunding platforms like Kickstarter and Indiegogo have been hotbeds of innovative puzzle and game design, and I’m always happy to spread the word about worthy projects that I think will delight and intrigue my fellow PuzzleNationers. 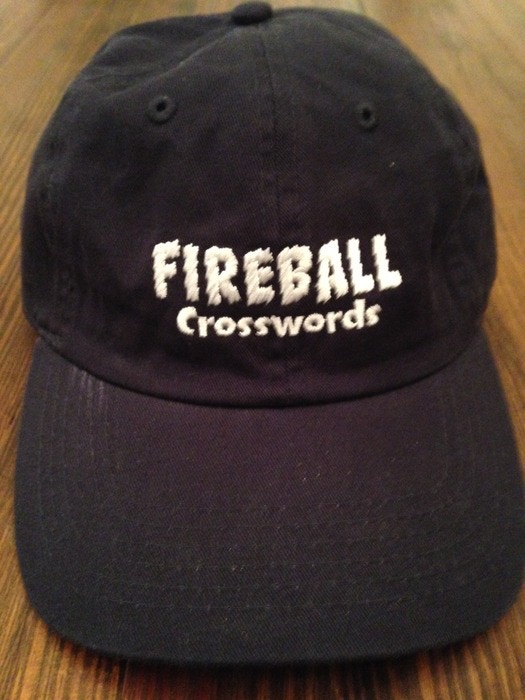 Culturally timely clues and entries are a hallmark of this marvelous variation on Gordon’s long-running Fireball Crosswords brand, and you can rest assured that each Fireball Newsflash Crossword grid will be well-constructed and cleverly clued.

With twenty puzzles sent to you by email — one every two to three weeks — you’ll always have some terrific puzzling to look forward to.

Gordon has a knack for melding flowing grid design with sharp, topical entry words, and much of the time, you’ll not only be impressed by how much material makes it into the grid, but by what major and minor events you’ve missed recently! Gordon’s history of topnotch puzzles is all the incentive you need to contribute.

75% funded with 5 days to go, this project is a yearly favorite of mine, and I always look forward to supporting it.

Our second project is a game called 13 Monsters.

A game that takes the strategy of a monster-building game like Bears vs. Babies or Epic Spell Wars of the Battle Wizards and adds a memory component to the gameplay, 13 Monsters requires luck, skill, and tactics in order to assemble monsters and battle your fellow players for dice-rolling, monster-making supremacy.

Because you can only build your monster by finding matching pieces — which you do by flipping tiles and remembering where matching parts are, like in Memory or Concentration — experienced players and newbies have an equal chance at the game’s outset of making moves that seriously impact the game.

With fun mechanics, delightful art, and a clever premise, 13 Monsters looks like a blast.

77% funded with three days to go, 13 Monsters could easily cross the finish line in time, and if more people watched the incredibly charming How to Play video on the Kickstarter page, I think they’d be funded already.

Our third project adds an artistic touch to a classic game tool: dice.

Dragon and Celtic Laser Dice allow you to augment your games — or your game-centric decor — with beautifully designed and intricately realized wooden and metal dice. With laser-cut precision, these dice are eye-catching and could inspire the creation of whole new games just for these dice alone.

Understandably, the project has already reached its funding goals with 24 days to go, but I still think it’s a gorgeous product that will appeal to game fans all over.

You see, the dynamic duo of Gina and Janay want to open a gamer-friendly coffee shop — The Game Over Cafe — that mixes classic store elements with video game regalia and programming.

Proposing to be a “Gamer-friendly establishment offering quality coffee and beverages, delicious tea, snacks, and sandwiches,” The Game Over Cafe has potential to be a marvelous new business and networking spot for games and gamers.

A quarter of the way to their funding goal with 29 days to go, I think there’s a solid chance this project will find support and fulfill its mission.