You may be familiar with the board game Schmovie or hashtag games on Twitter.

For years now, we’ve been collaborating on puzzle-themed hashtag games with our pals at Penny Dell Puzzles, and this month’s hook was #PennyDellPuzzleSports. Today’s entries all mash up Penny Dell puzzles with teams, athletes, famous quotations, and more things associated with the world of sports!

Examples include: Seventh Inning Stretch Letters or Basketball For One.

(The entries leaned heavily towards baseball — understandably, since it only returned a few weeks ago.)

End Zone of the Line

End of the Line drive

“Are you ready for some Quotefalls?!”

“…The Thrill of Victory and the Agony of Delete”

“I never said most of the Everything’s Relative I said.” – Yogi Berra

“This is like Deja vu All Four One again.” – Yogi Berra

“It ain’t Overlaps til it’s over.” -Yogi Berra

“Window Boxes isn’t everything, it’s the only thing” — Red Sanders

“…it seems to me they give these ball players now-a-days very peculiar names… Well, let’s see, we have… Guess Who’s on first, What’s Left on second, You Know the Odds is on third…”

Several of our puzzlers went above and beyond, crafting calls from the announcers at these puzzly events!

The Call of the Game presented by Hall of Framework puzzle announcer Neil Simon Says:

“There’s two Drop-Outs here in the bottom of the Nine of Diamonds, One & Only one man on base, and Wade Mind Boggler steps up to the plate for the Tampa Bay Sunrays. This will be his First and Last at bat of the Word Games World Series. The Pitcher Sleuth looks to his What’s Left, then checks his Right Angles, sets his feet and Square Deals the pitch. It’s swung on by Mind Boggler and holy cow it’s a walk-off Home Run! That Baseball for One was crushed to Bits & Pieces! The Scoreboard says it all folks with a Three-to-One victory for the Sunrays. Who in the world could Picture This kind of ending? Just wow!”

Today, during the synchronized figure skating event, The Ice Chips team, sponsored by Penny Dell Puzzles, began their program divided up into Pairs and glided out onto the ice Two at a Time, and Step by Step taking their positions Face to Face. They gracefully began their number, first skating in a Mirror Image, then dividing up into Odds and Evens. A Small Change in the pace of the music brought a sequence of fast mohawks, turns, spread eagles, swizzles, lifts, and a Shuffle.

Have you come up with any Penny Dell Puzzle Sports entries of your own? Let us know! We’d love to see them! 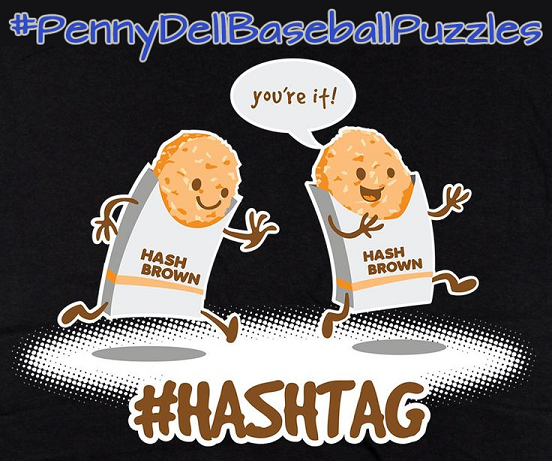