The thirteenth edition of Lollapuzzoola, as is tradition, arrived on a Saturday in August, but for the first time ever, it was hosted online to allow tournament solving from home. As one of the highlights of the puzzly calendar, I was glad to see it make the virtual jump, as Boswords did before it.

I was not in virtual attendance, but I did sign up for the Next Day Division puzzle packet. Last weekend, I finally had a chance to sit down and try my hands at this year’s tournament puzzles, and I was not disappointed. Lollapuzzoola continues to push the envelope with inventive themes and unique spins on how to bring crosswords to life.

This year’s theme was “Don’t Touch That Dial!” so every puzzle had something to do with television or TV channels, and the constructors were clearly inspired in all sorts of ways. Let’s take a look at what they came up with.

Instead of Brian Cimmet’s usual Twinlets puzzle as a warm-up, this year featured two practice puzzles. The first, constructed by Patrick Blindauer and entitled “I Want My MTV,” allowed solvers to hit the ground running.

The accessible theme — adding the letter M to established TV shows, a la SCOOBYDOOM or AMERICAN MIDOL — is the sort of fun and frivolous idea to spark solver imaginations and ready them for a proper day of puzzling.

Interesting grid entries included DATUM and I’LL BE BACK (as well as some nice misdirection with YEE-haw instead of HEE haw), and my favorite clue was “Traffic cop?” for NARC.

The second practice puzzle, a themeless mini constructed by Brian Cimmet, offered a slight uptick in difficulty and a nice preview of the sort of solving tournament attendees would see in the final.

Interesting grid entries included BOBA TEA, ORCHESTRATE, and ROLLED R (as well as tournament constructor STELLA Zawistowski getting referenced!), and my favorite clue was “One of three in ‘Alexander and the Terrible, Horrible, No Good, Very Bad Day'” for COMMA. 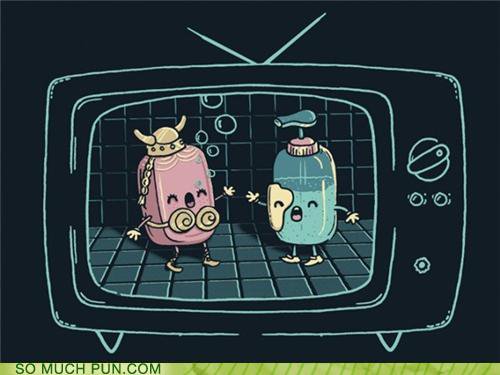 The competition puzzles kicked off with this terrific opener, a 17×13 grid that showed off the flexibility and creativity of construction and grid design that keeps Lollapuzzoola fresh. (Also, I’m a sucker for a punny start to a tournament, so the theme was a plus for me.)

The themed entries featured commercial soap brands as part of common phrases (like IVORY TOWER and DOVE TAILED), which were then clued as “soap operas” for viewers.

It was a nicely constructed grid that flowed well, and it’s exactly the sort of puzzle to introduce new solvers to tournament puzzles while entertaining the established vets.

This tall, thin 12×25 grid (coupled with THAT title) virtually guaranteed that Europe’s faux-epic anthem would be stuck in your head for a good chunk of the tournament, but I’ll forgive Sid, because I really enjoyed this puzzle’s hook.

The theme entries all began with a number (like 4 LETTER WORDS or 3-D TELEVISION), and as you expect, they counted down until reaching the climactic pronouncement AND WE’RE LIVE at the bottom part of the grid. It’s a fun idea that was complimented nicely by the unusual grid, and the puzzle flowed nicely from top to bottom as the entries counted down.

Interesting grid entries included PEARLED, RETURN KEY, MR SULU (which, before I looked at the clue, I kinda hoped would be MR. SHOW), and BUNGALOW. My favorite clues were “[Feed me! Pet me! Feed me! Play with me!] … or actually sometimes [Leave me alone!]” for MEOW and “‘Do not feed the ____’ (advice for bridge travelers and internet users)” for TROLL.

At this point, I noticed that both Puzzle 1 and 2 had an all-caps clue where the answer was a TV network. This feature continued throughout the tournament as a nice little through line, though its ultimate purpose wouldn’t reveal itself until after Puzzle 5. Stay tuned. 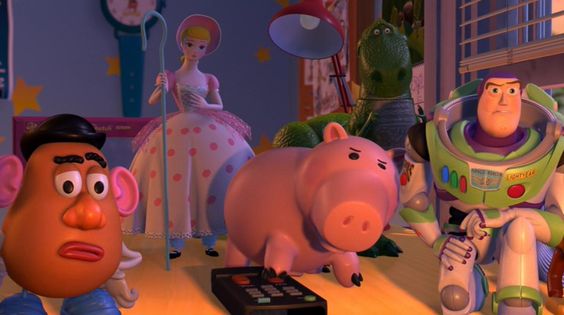 A swapping-themed puzzle is practically a tradition at Lollapuzzoola at this point, so I wasn’t at all surprised to see that idea adapted for TV with Puzzle 3’s hook. Each pair of theme entries not only included the names of channel, but swapped the second halves of phrases including those channels. For instance FOXGLOVES and OXYGENMOLECULES became OXYGENGLOVES and FOXMOLECULES.

As I solved, I wasn’t sure if these would be random pairs swapped, mirrored pairs swapped, or a continuous chain of swaps throughout the puzzle, so it took me a little longer to complete the grid. This was a definite step-up in difficulty from Puzzle 1 and 2, but not excessively so. (Some of the vocabulary also slowed me down, since I didn’t know NITTANY or INFODEMIC.) Still, it was a solid puzzle and an appropriate challenge for the midway point of the tournament.

Interesting grid entries included NOGOODNIK, CHEETO, HOT POCKET, GO GREEN, and the aforementioned INFODEMIC, and my favorite clues were “Nanjiani’s ‘The Lovebirds’ costar” for RAE and “Bisexual Greta of Old Hollywood” for GARBO, two clues that felt very fresh and topical, particularly for entries that solvers have seen plenty of times before. 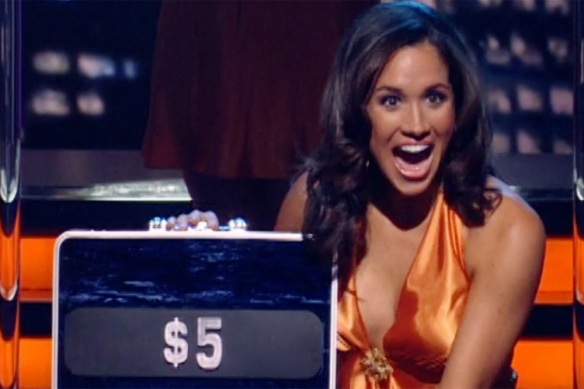 Puzzle 4: Deal or No Deal by joon pahk

A big jump in difficulty and complexity, Puzzle 4 was an immensely clever and well-executed grid that took a familiar crossword concept — removing or adding letters from entries — and mined it for unexpected depth. On the left-hand side of the grid, a letter was added to both the clue AND the entry. For example, “Entranced cover” clued DAWNING. [Bolding is my own to highlight the added letter.]

On the right-hand side of the grid (but in the same row, one black square away), that entry was complemented by the same letter subtracted from both clue AND entry. The example above, for instance, was matched by “Go _own a spout” cluing _RAIN OUT. [Again, spacing added is my own to highlight the missing letter.]

These letter trades — the deal or no deal of the title — were tightly executed and made total sense to the solver without any explanation needed. Not only that, but the added/missing letter was always taken from the same part of the word on the other side! (Third letter E in FREIGHT was the missing third letter in SH_ARING next door.)

It’s incredibly impressive construction that is nicely balanced by solid fill and strong cluing. This is easily my favorite joon pahk puzzle I’ve ever solved, and will no doubt make my list of top puzzles of the year.

Interesting grid entries included GONZAGA, MEERKAT, NIP/TUCK, TWYLA, and SCHLEP, and my favorite clues were “Slightly subpar, ironically” for ONE OVER, “Wednesday the third?” for SILENT D, and “Snow or paint, in certain arenas” for AMMO. 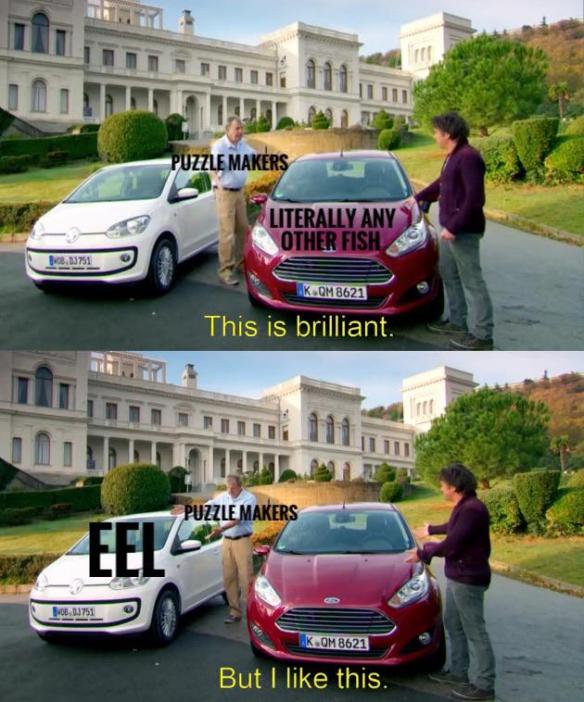 This 21x marked the end of the regular tournament puzzles, and it felt like a suitable final boss for most solvers in the competition. The grid was dense, well-constructed, and challenging, featuring another smartly-executed swapping gimmick. This time around, the theme was common phrases where one of the words was also a TV show, but that show was replaced with another TV show to make a new phrase.

For example, the phrase BIRTHING COACH became BIRTHING SCRUBS as COACH was relocated elsewhere in the grid. Fitting in all these themed entries — six of them! — plus their accompanying TV shows was no doubt a hefty challenge for the constructor, but Zawistowski made it feel effortless in this demanding but well-made puzzle.

Interesting grid entries included GALILEO, SAN PEDRO, DISCIPLE, PETSIT, AIRPOPS, and SO SUE ME (as well as the thoroughly baffling ONE O’ CAT, which I had to look up after), and my favorite clue was “‘Silver Springs,’ to ‘Go Your Own Way'” for B-SIDE.

As for the all-caps TV network clues we spotted earlier? They also appeared in Puzzles 3, 4, and 5, and it turns out, they were part of a clever little metapuzzle hidden in the tournament grids.

The five TV networks, one in each puzzle, turned out to be TBS, VH1, SyFy, ESPN, and TNT. And if you take the first letter of each, you get the hidden answer TV SET. 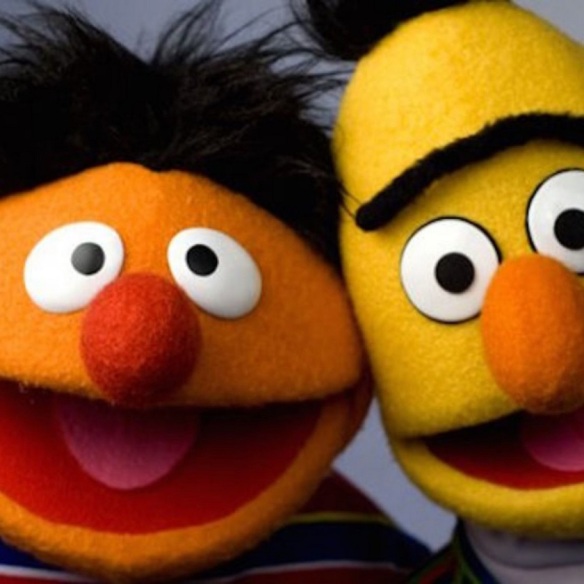 With a pair of 12-letter entries from classic children’s television as anchors for the puzzle — MISTER ROGERS and BERT AND ERNIE — Weintraub delivered a tight grid with some strong fill and plenty of long, crossing entries in the corners to keep solvers guessing.

For me, this was a nice tournament landmark, as I powered through the Express clues and completed the grid without having to reference the easier Local clues once. I know this is commonplace for the top solvers, but it was a nice confidence boost for me as an enthusiastic solver, but hardly the fastest or the most competent.

It was a perfect final puzzle to wrap up one of the most consistent and enjoyable puzzle sets they’ve ever assembled for the tournament. With over 1,000 solvers participating through the online format, I can’t think of a better way to introduce them to the spirit and style of Lollapuzzoola than this year’s puzzles. Nicely done, team!

Interesting grid entries included WENT TO BED, SQUARE PEG, FALSE ALARM, PECOS, and NSFW. Both the Local and Express sets of clues had some gems, so I’ll list them separately below: 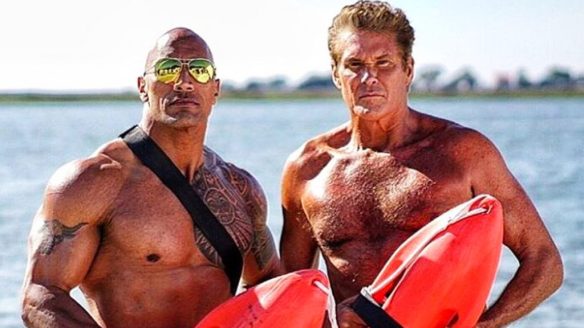 There was also a tiebreaker themeless mini by Amanda Rafkin (who we recently interviewed!). The mini was a quick and satisfying solve, loaded with great vocabulary, offering a nice cooldown after a strong tournament and several really engaging puzzles.

Interesting grid entries included MACARONI ART and SO EXTRA, and my favorite clue from the mini was “One paying dollars for quarters” for TENANT.

The puzzles at Lollapuzzoola always impress, and this year was no exception. The grids were tight, there was little crosswordese, and the creative themes, grid designs, and puzzle mechanics ensured that not only would fun be had by all, but that the puzzles would linger in your memory.

Mission accomplished, and congratulations on the competitors and the organizers who made it all happen, especially in a virtual format with so many additional solvers. Lollapuzzoola is only getting more creative, more groundbreaking, and more clever with each passing year, and it’s just awesome to watch it grow and evolve.