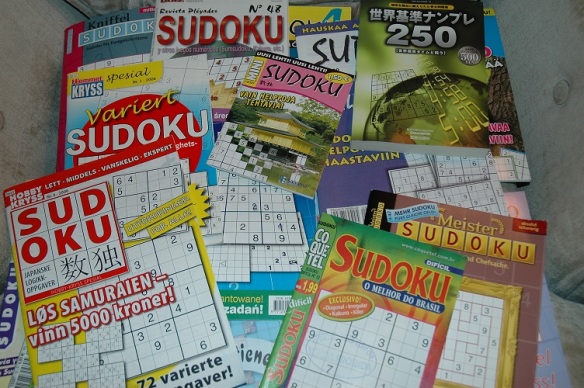 Sudoku is the most popular pen-and-paper puzzle since the crossword. No other puzzles come close. Whether it’s in your local paper, our iPad app, or one of the magazines offered by our friends at Penny/Dell Puzzles, chances are you’ve solved a Sudoku puzzle at one time or another.

And the solving experience is an integral part of its success. When you look at a Sudoku grid, you instinctively know what sort of puzzle you’re dealing with and what the goal is. You don’t need the instructions or any elaborate explanations. You can simply dive right in.

That sort of simplicity and accessibility gives Sudoku major appeal, and has contributed to its success as an iconic puzzle worldwide. 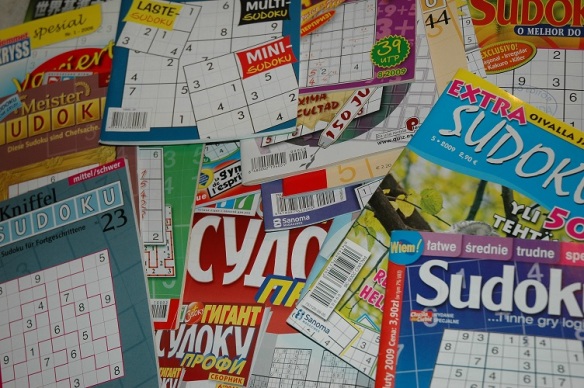 Look at this stack of puzzle books from around the world, loaned to me by a friend of the blog!

There are Sudoku books in Russian, French, Japanese, and other languages! And yet, you could pick up any one of these magazines and start solving immediately. 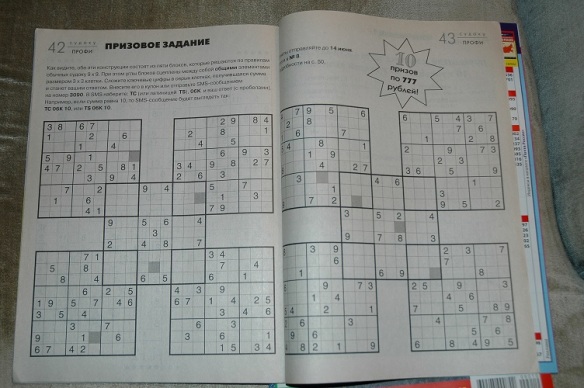 Here are two Samurai Sudoku from a Russian puzzle magazine. Again, these are identical to the overlapping grids you find in the States. 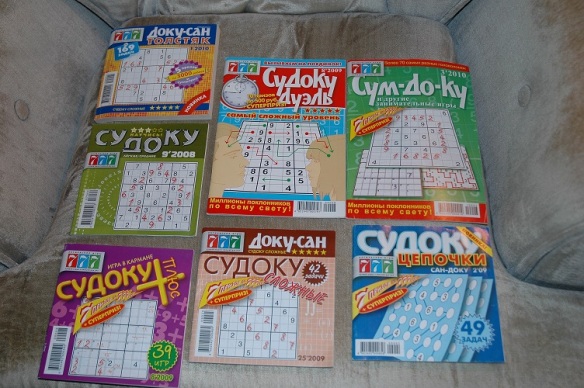 I did, however, encounter a few intriguing variations I was unfamiliar with as I perused these magazines published by 777. 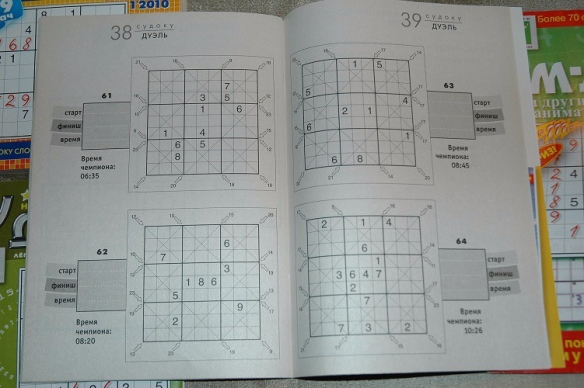 Instead of providing sums in smaller boxes within the grid like Sum-Doku puzzles, or along the edges like Kakuro, these puzzles offer totals that correspond to the three diagonal boxes in a line a given arrow points to. 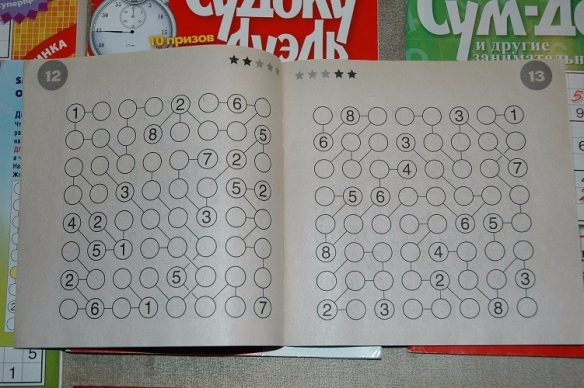 In this Sudoku variant, there are no repeats of the numbers 1 through 8 in a given row or column, but there are also no repeats within each group of connected circles.

Again, although I couldn’t read the instructions for these new puzzles, I was easily able to figure out the mechanics of each and start solving within a few minutes. Very few puzzles have that sort of universal accessibility. 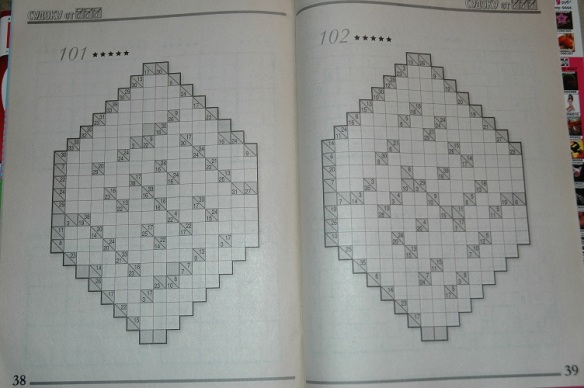 While I’m very familiar with Kakuro (or Cross Sums) puzzles, I’ve never encountered cut-style grids like these. I just love the simple elegance of these diamond-shaped grids. Very eye-catching.

Believe it or not, this is just a sampling of the hundreds and hundreds of Sudoku magazines and puzzle books released over the last decade.

Although the puzzle as we know it has been around since the ’70s under other names (To the Nines and Number Place, among them), it was only relatively recently that it exploded in popularity, becoming a true cultural touchstone and undeniable puzzle phenomenon.