If there was a Mount Rushmore of puzzle games, Tetris would have to be up there. It made the Game Boy one of the most successful mobile platforms in gaming history. It has been played on every continent AND aboard the International Space Station.

Everyone has played Tetris at one time or another. In fact, it’s so ubiquitous that you’ve probably not only played the original, but some variation on the classic version as well.

And there is no shortage of options on that list. Heck, Tetris creator Alexey Pajitnov himself created several famous variations on Tetris, like Hatris (stacking similar hats to clear them from the board), Faces…tris III (where you create famous faces Tetris-style), and Welltris (where pieces fall down all four sides of a cube, and the bottom part is the communal playspace).

[A game of Welltris in progress.]

So what else is out there in the world of Tetris?

As you can see, many of these variations are designed around making the classic game harder. One that we’ve discussed in the past, a 4-directional Tetris variation called Schwerkraftprojektionsgerät, was a personal favorite for a long time.

But easily the most diabolical version was created eleven years ago, and it was aptly named.

Hatetris is designed to give you the worst possible piece on every turn.

After figuring out what to do with multiple S pieces, Hatetris throws me a curveball with an I piece.

Then once I’ve placed the I piece, they flip the script on me with a Z piece. Diabolical.

For the record, after about 30 minutes of play, my record was 3 lines.

And after the year or so that many of us have had, who needs brutal?

Thankfully, the spiritual opposition to Hatetris has appeared for everyone to enjoy. It is, of course, called Lovetris, and it is designed to drop the exact piece you need to clear a line.

Now, I know what you’re thinking. After a few easy ones, doesn’t it lose its flavor?

On the contrary! It actually offers some new challenges if you approach it from a different direction.

The designer warns that setting up a tetris — eliminating four lines with a single piece — can be difficult when the game is geared toward clearing single lines. That’s one possible challenge for you to solve.

A third option is to purposely drop five or six pieces in a row randomly — or even in a tower in the center of the screen — and then work with the program to dig your way out of your predicament.

[Even with the AI’s help, this is a doozy to clear.]

Amazing that it took 37 years for someone to come up with this.

So what do you think, fellow puzzlers and PuzzleNationers? Will you be trying out Lovetris, or enduring Hatetris for a spell, or trying out one of these many variants? Let us know in the comments section below! We’d love to hear from you. 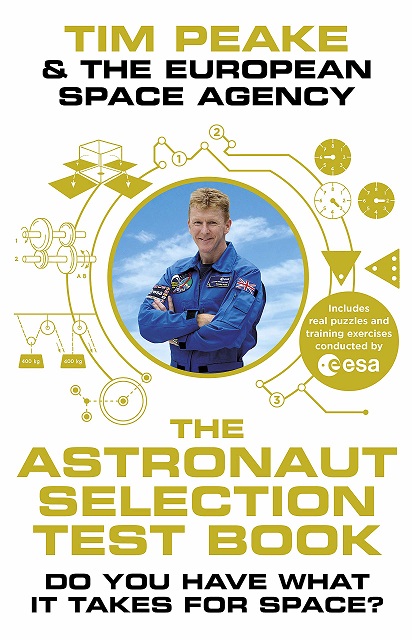 When you’re a puzzle enthusiast, you never know where your interest might take you, or what interesting and unexpected people you’ll encounter along the way. All sorts of folks enjoy puzzles, after all.

If you enjoy puzzles with trivia, you could bump into Who Wants to Be a Millionaire? winners or Jeopardy! champions like Ken Jennings. The New York Times has introduced us to several famous crossword enthusiasts. The British government is publishing puzzle books. Heck, actors Joel McHale and Neil Patrick Harris both included puzzles in their autobiographies!

Even astronauts are getting into the puzzly spirit! 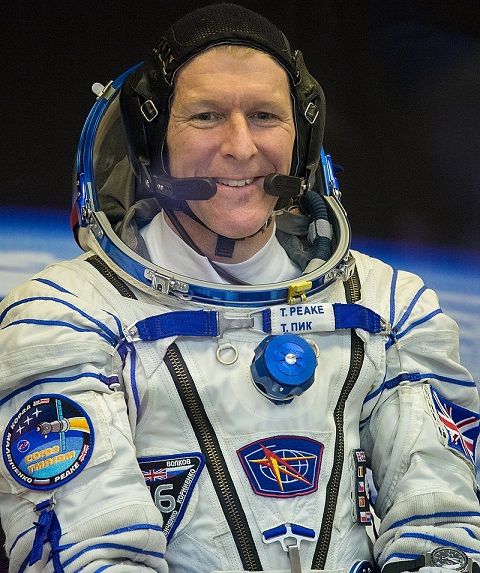 Upon returning to Earth, he turned his attention to more literary efforts, penning three books about space. The third, published last year in partnership with the European Space Agency, takes readers behind the scenes of the ESA screening process for astronauts.

Yes, puzzles are part of the screening process for the ESA.

Would you like to try your hand at solving some of them? 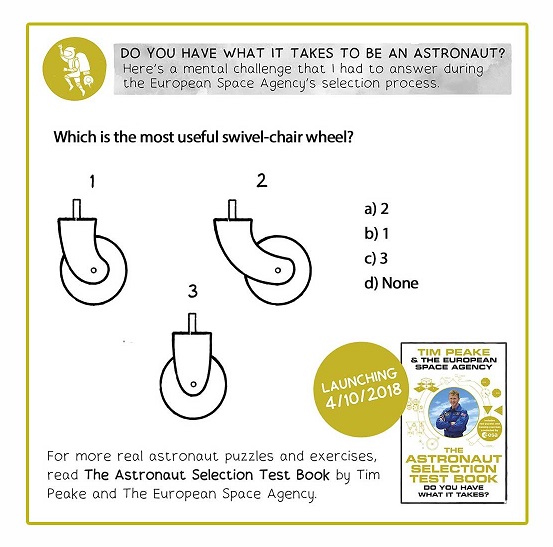 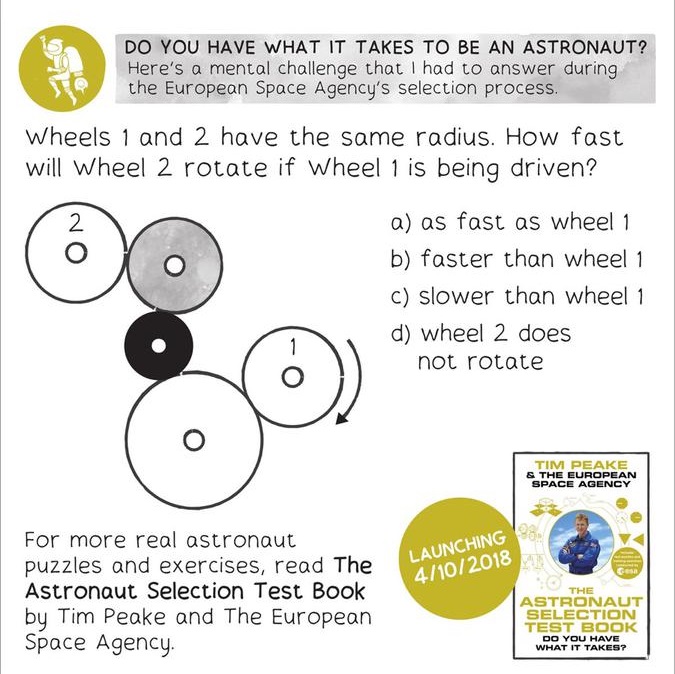 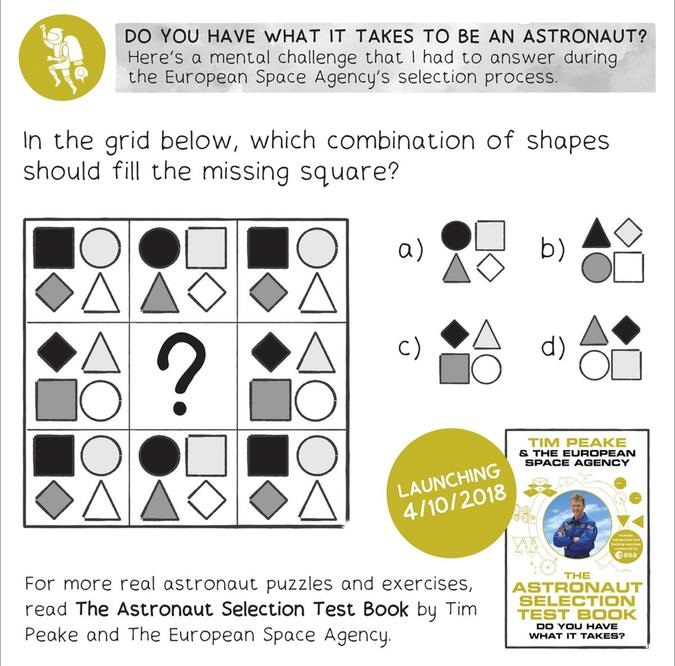 How did you do? Let us know in the comments section below! We’d love to hear from you

And if you’d like, you can find more of these puzzles in Peake’s delightful book The Astronaut Selection Test Book: Do You Have What it Takes for Space?

Do you have what it takes? I suspect that you do, fellow puzzler.