For puzzle fans, there are few things more tantalizing than a mystery, and when you wrap that mystery up in a puzzly fashion, you’re virtually guaranteed to be a hit with puzzlers.

But the folks at the Liberty Science Center in Jersey City, New Jersey, have kicked things up a notch by adding the Great Detective to the mix.

Yes, we’re talking about a proper murder mystery for puzzlers and escape room fans to unravel, one draped in the trappings of Sherlock Holmes. 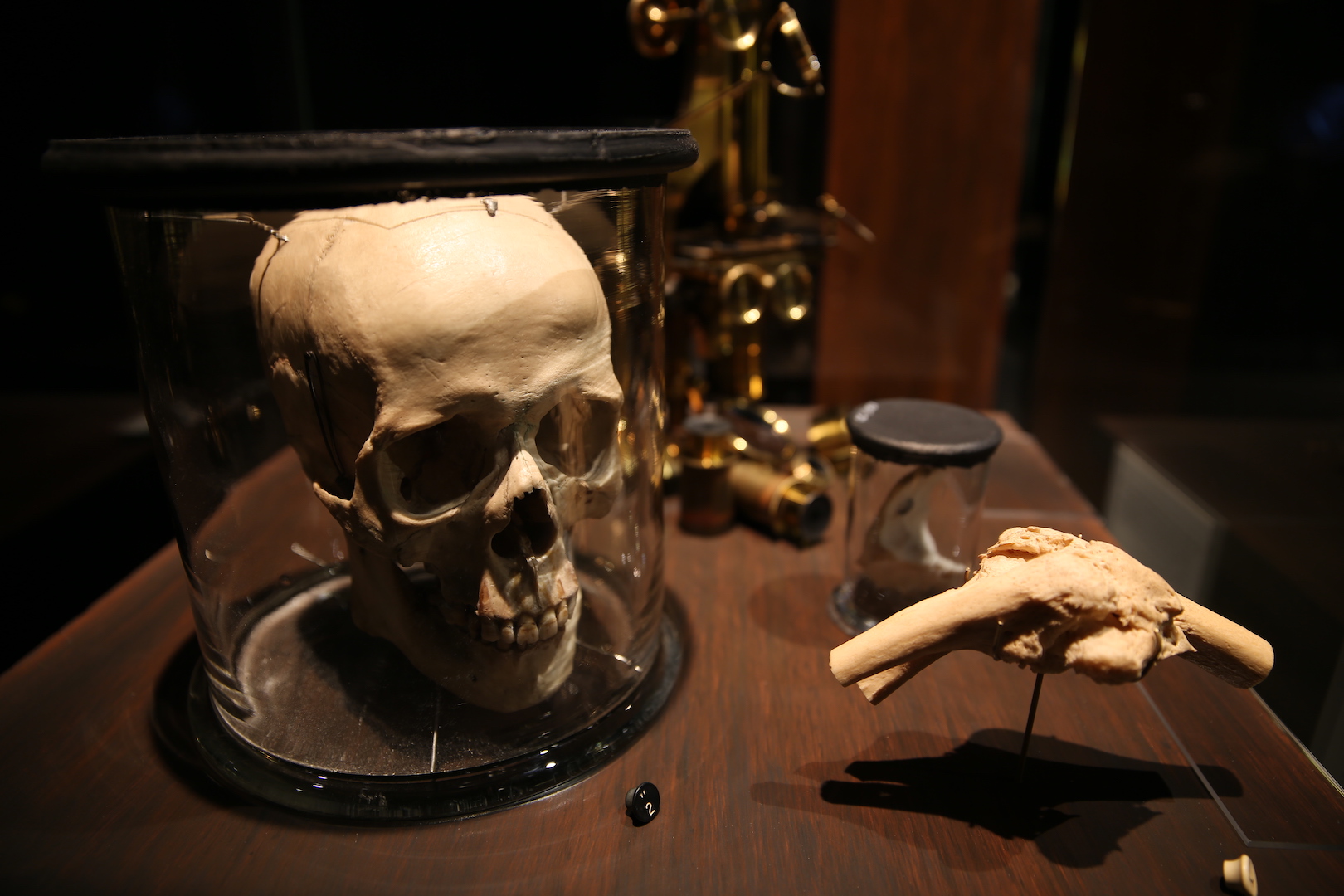 The International Exhibition of Sherlock Holmes is an interactive solving experience that places participants in the middle of an investigation set in the 1890s. With the forensic tools of the day at your disposal, your puzzly skills, and the spirit of Sherlock Holmes with you, it’s up to you to observe your setting, deduce what happened, and solve the mystery.

It sounds like a terrific puzzly experience that adds a nice murder mystery twist to the popular escape room genre. And the adventure is running through May of 2019, so you’ve got plenty of time to make the trip to Jersey City for a unique solving event.

Oh, and speaking of puzzly experiences in the Tri-State Area, we’re happy to report that another interactive puzzle event, The Enigmatist, has been extended through the end of March!

“An immersive evening of puzzles, cryptology, and illusions” created by magician and crossword constructor David Kwong, The Enigmatist is based on William and Elizebeth Friedman’s work at Riverbank, a peculiar hotbed for codebreaking in the early days of the twentieth century.

So if you’re in the Northeast, there’s all sorts of unique puzzly events waiting for you, if you know where to look!

The Enigmatist is hosted at the High Line Hotel in New York City. Click here for tickets and information.

Every moment in history is a puzzle to be unraveled. What threads had to be drawn together, what forces had to converge, what improbable series of events had to unfold in precise order to create the exact circumstances to allow that moment to happen?

Any student of history is a puzzler at heart, every personality and preceding event a clue, a potential piece, one domino in the chain of events.

And one student of history found the solution for an unexpected puzzle in a museum in New Jersey.

The Morris Museum in Morristown, New Jersey is home to hundreds of mechanical musical instruments and players, displaying numerous pieces of the Murtogh D. Guinness collection.

In 2011, when W. Anthony Sheppard stumbled upon a music box — an 1877 Swiss cylinder music box known as a harmoniphone — at the Morris Museum, he had a mystery on his hands.

It was a Swiss music box, much like the one featured above, but the titles of the melodies it played were written in Chinese characters. These were Chinese pieces of music, intended for a Chinese audience. And yet, several of the tunes were strikingly similar to themes from two of Puccini‘s operas: Turandot (set in China) and Madama Butterfly (set in Japan).

Now, Sheppard knew from his musical studies that Puccini used Chinese tunes in the creation of Turandot, but the origins of several tunes in Madama Butterfly have proven more elusive. (The general belief at the time was that the Madama Butterfly tunes in question were inspired by Japanese music, but no one had definitively tied any particular melodies to the opera.)

Yet in an American museum, a Swiss machine with Chinese melodies, traced to an Italian composer, shifted the spotlight from Japan… and back toward China.

[The card that pointed Sheppard in a new direction.]

And the globetrotting didn’t end there. The box had a stamp for a Shanghai department store, as well as a stamp from a repair shop in Rome from the early twentieth century. Not only had the box been manufactured in Europe for sale in China, but it later returned to Europe for service.

Later, Sheppard would further track the providence of the piece, believing it to be the actual music box Puccini listened to before creating his famous operas.

A single clue with widespread ramifications for the history of opera. A music box that not only traveled the world, not only offers proof of how music circulated more than a century ago, but also solved a mystery and rewrote its own corner of history.

It just goes to show you that puzzles are everywhere, sometimes hiding in plain sight, ready to challenge a sharp mind and change the way we see the world.

[I learned of this story in the book Hidden Treasures: What Museums Can’t or Won’t Show You by Harriet Baskas. The Morris Museum music box is just one of many interesting stories featured within.]