First, it was Lvov, Ukraine: a city that created a crossword spanning the entire side of a 100-foot-tall residential building.

Now, another country in Eastern Europe is making bold choices with crosswords in mind: Estonia.

Crosswords are a global phenomenon. We’ve featured puzzle books from Europe on more than one occasion. So, naturally, each country must have its own concept of crosswordese, the curious and strange vocabulary that seems to exist only in the world of crosswords.

In Estonia, the editors behind the puzzle magazine Nuti compiled a list of ten towns and villages that frequently appear in their crosswords. Names like Aseri, Uulu, Erra, and Leisi were among those chosen for the fan vote. 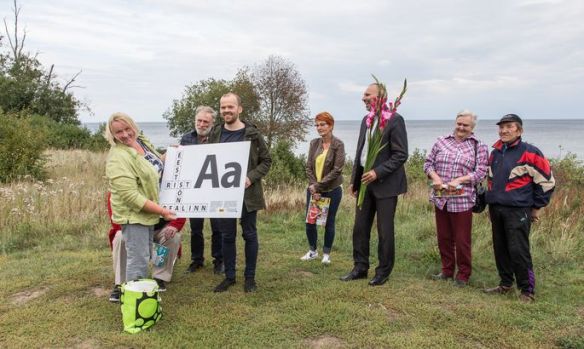 Yes, that picturesque coastal village in the north of Estonia we all know and love. Where you can see such sights as the Aa manor house and, I kid you not, a sand beach.

According to the 2000 census, the population of Aa was 190. There were nearly as many votes for the village as there are people living there!

And yes, I’m still calling it a landslide victory. The next nearest place, Aseri, had 89 votes. That’s nearly half! The lowest, Erra, garnered only 17 out of the 517 votes cast. That’s a landslide in my book.

Congratulations to the people of Aa. Can’t wait to see how you change the world of Estonian crosswords!

[Check out the original post that inspired this one, a New York Times piece by the marvelous Deb Amlen.]