It’s always fun when companies use puzzles as part of their marketing campaign. We’ve seen it loads of times over the years with varying degrees of success.

On the plus side, there was the intriguing trailer hunt for the Cartoon Network show Infinity Train, and the excitement when Game of Thrones launched a viral challenge where folks hunted down copies of the Iron Throne around the world.

On the minus side, there was the Busch Beer Pop Up Schop promotion where days of little puzzles led to hundreds more attendees showing up to the event than expected, and many were turned away disappointed when the free beer and merch dried up quickly.

I think my favorite thing about all of these puzzly campaigns is how people from all over the Internet rally together to solve them. They share information, theories, speculation, and general enthusiasm, driving each other toward a solution.

We got to see another example of collective puzzle-solving on the internet recently for fans of Fall Guys.

Fall Guys, for the uninitiated, is a game where dozens of players can compete in silly obstacle courses, tag-style chase games, and other sporty competitions as these goofy little costumed toddling characters, the fall guys.

It’s great fun and rapidly became one of the go-to games for streamers on YouTube to share their successes, frustrations, and all the shenanigans involved in playing.

The team behind Fall Guys, Mediatonic, teased the third season of Fall Guys by launching Operation #JigSawus, wherein they sliced a promotional photo into three hundred pieces and distributed them to fans across a number of different Twitter and Instagram accounts and Discord servers.

Then, it was up to the fans. Would people put aside the competitiveness that made Fall Guys so fun in order to find out just what the jigsaw would reveal?

Of course they would. Puzzle people are good people. 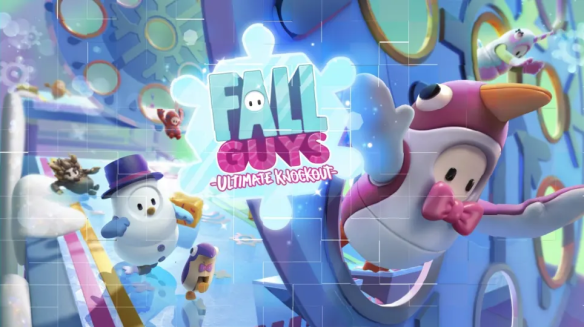 It took only a few hours for the entire image to be revealed: a promotional poster for the theme for Fall Guys Season 3, Winter Knockout.

Yes, most fans probably assumed that the third season, launching in wintertime, would have a winter theme, but hey, it’s a bit of fun, and another nice reminder of how people can come together to solve puzzles and support each other.

Puzzles really do make the world a better place.