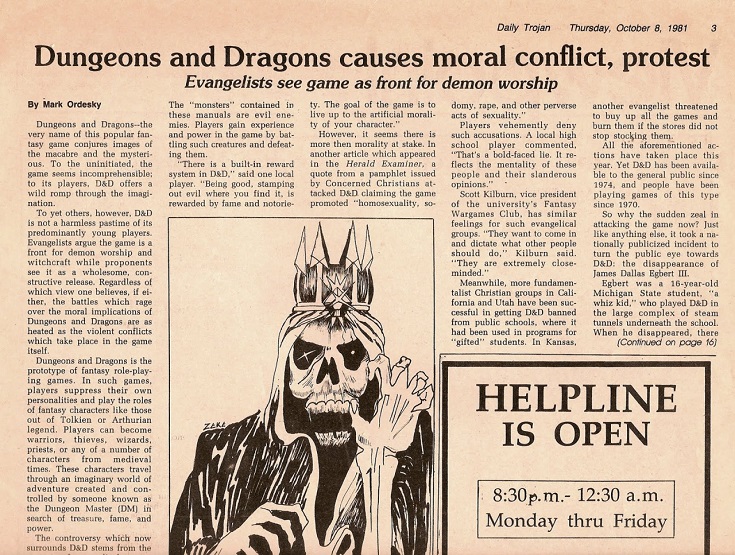 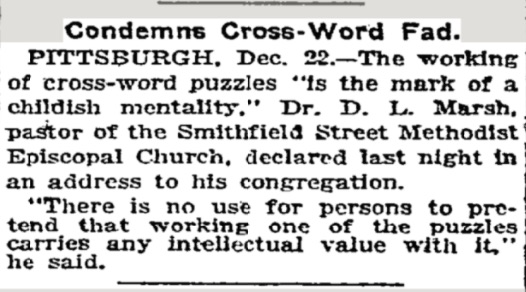 It’s the final Follow-Up Friday of the year, so what do you say we revisit all of 2016 with a countdown of my ten favorite blog posts from the past year!

One of the big surprises for me this year was discovering that crosswords and puzzle books were hot-ticket items for doomsday preppers. The idea that crosswords belong next to necessities like food, water, shelter, and knowledge was a revealing one, something that gave me great hope for the future, whether we need those caches or not.

Our friends at Penny Dell Puzzles once again pulled off a heck of a puzzly coup when an intrepid fellow puzzler asked them for help proposing to his girlfriend with a special Simon Says puzzle.

I reached out to the lucky fiancé and got his permission to share the story with the PuzzleNation readership, and as I learned more about who was involved and how they’d managed to make it happen, I enjoyed the story more and more. Here’s hoping for many happy puzzly years ahead for the young couple!

For International Puzzle Day, I built a fort out of puzzle books.

It was awesome. Definitely one of my favorite puzzly moments of the year.

The Sudoku boom may be over, but Sudoku remains one of the most popular puzzles in the world, and I got to thinking… when would we run out? I mean, eventually, statistically speaking, every single Sudoku puzzle permutation would get used at some point, so when would that happen?

So, I crunched the numbers, and it turns out, we’ve got centuries before that happens. Still, it was a fun mental puzzle to unravel.

At some point this year, I let slip to my fellow puzzlers that I’d written and staged murder mystery dinners in the past, but it had been a while since I’d done anything like that. Naturally, they volunteered to be participants, urging me to stage something in the office.

Eventually, I accepted their challenge, pitting myself against a half-dozen or so of my fellow puzzlers, allowing some of them to investigate while others played a part in the mystery. It was an enormous undertaking and an absolute blast that lasted three days, and it was definitely a highlight of the year for me.

There was probably no bigger story in crosswords all year than the accusations of plagiarism leveled against Timothy Parker. The editor of puzzles for USA Today and Universal UClick. After numerous examples of very suspicious repetitions between grids were discovered in a crossword database compiled by programmer Saul Pwanson and constructor Ben Tausig, Parker “temporarily stepped back from any editorial role” with their puzzles.

Eventually, Parker was removed from any editorial influence on USA Today’s puzzles, but it remains unknown if he’s still serving in a puzzle-related capacity for Universal Uclick. But the real story here was about integrity in puzzles, as many puzzle and game companies rallied to defend their rights as creators. That’s a cause we can all get behind.

Our recurring interview feature 5 Questions returned this year, but what made it truly special to me was being able to turn the spotlight on some of my fellow puzzlers here at PuzzleNation as part of celebrating 4 years of PuzzleNation Blog. Introducing readers to our programmer Mike, our Director of Digital Games Fred, and yes, even myself, was a really fun way to celebrate this milestone.

There are few things better than spending time with fellow puzzlers and gamers, and we got to do a lot of that this year. Whether it was supporting local creators at the Connecticut Festival of Indie Games or cheering on my fellow puzzlers at the American Crossword Puzzle Tournament, getting out and talking shop with other creators is invigorating and encouraging. It really helps solidify the spirit of community that comes with being puzzly.

Those were our two biggest app releases this year, and I just couldn’t choose one over the other. This has been a terrific year for us as puzzle creators, because not only did we beef up our library of Android-available puzzle sets to match our terrific iOS library, but we launched our new Penny Dell Sudoku app across both platforms, broadening the scope of what sort of puzzle apps you can expect from PuzzleNation.

Thanks for spending 2016 with us, through puzzle scandals and proposals, through forts and festivities, through doomsday prepping and daily delights. We’ll see you in 2017.