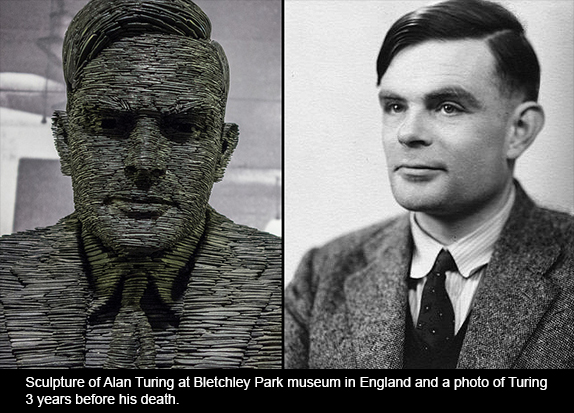 When it comes to influential puzzlers, it’s hard to top the impact mathematician and codebreaker Alan Turing had on the world.

Admittedly, there are numerous names — too numerous to mention, really — associated with the ENIGMA project and Bletchley Park’s codebreaking efforts in general that deserve recognition. World War II was shortened by YEARS by the work of the folks at Bletchley Park, and Alan Turing was a pivotal figure in the war effort.

And he has been selected as the face of the new £50 note for British currency. 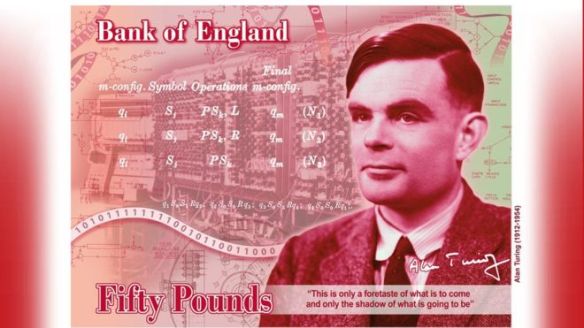 [Image courtesy of the BBC.]

The Bank of England received over 227,000 suggestions of British scientists to appear on the new version of the note, and Turing was selected from the shortlist of 12 official nominees, a list that included Rosalind Franklin, James Clerk Maxwell, Dorothy Hodgkin, Mary Anning, Paul Dirac, Srinivasa Ramanujan, and Stephen Hawking, as well as pairs like Ada Lovelace and Charles Babbage and William and Caroline Herschel.

Naturally the Queen will still appear on the front of the note, and Turing on the reverse side, replacing former note design figures as James Watt, Matthew Boulton, and Christopher Wren.

But the elevation of Alan Turing isn’t just a victory for a historical figure or a puzzling icon, it’s one for the LGBTQ+ community as well. Because of his sexuality, Turing was forced out of his work at the GCHQ — Britain’s governmental codebreaking operation — and driven to suicide by government persecution and abuse.

After a campaign led by numerous British luminaries like Richard Dawkins, Stephen Fry, and Peter Tachell, an apology was issued by then prime minister Gordon Brown in 2009. A posthumous pardon by the Queen in 2013 followed. 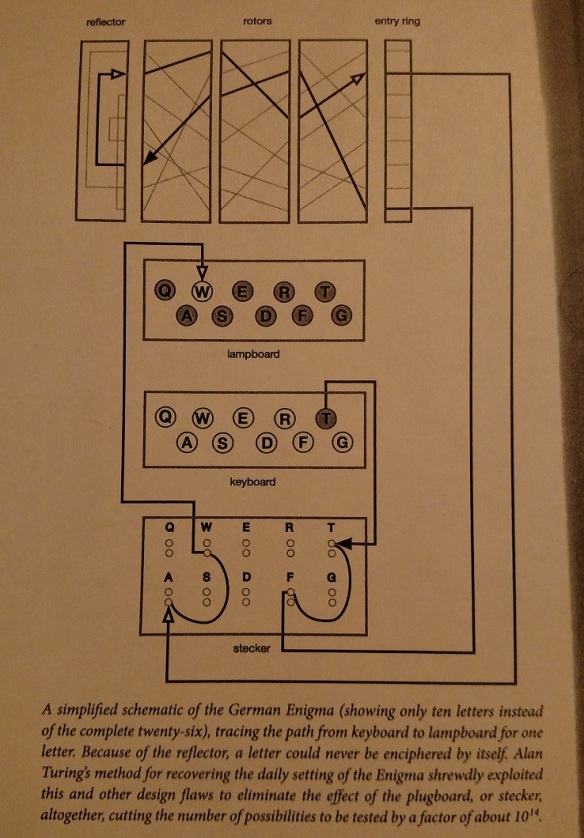 These acts don’t undo the crimes of the past. But they are a symbolic promise for the future that anyone like Turing — no matter their historical importance, social status, or personal choices — will not endure the same horrors that he did.

Nearly 70 years after he and his colleagues helped bring an end to World War II, Turing will continue to inspire and impact the world as a face on the £50 note. That’s something to celebrate.

For more details on this announcement, please check out this article from Pink News. For more information on Turing’s work and Bletchley Park in general, you can check out a previous PN Blog post here. And for the American equivalent of Bletchley Park — Arlington Hall — you can click here.