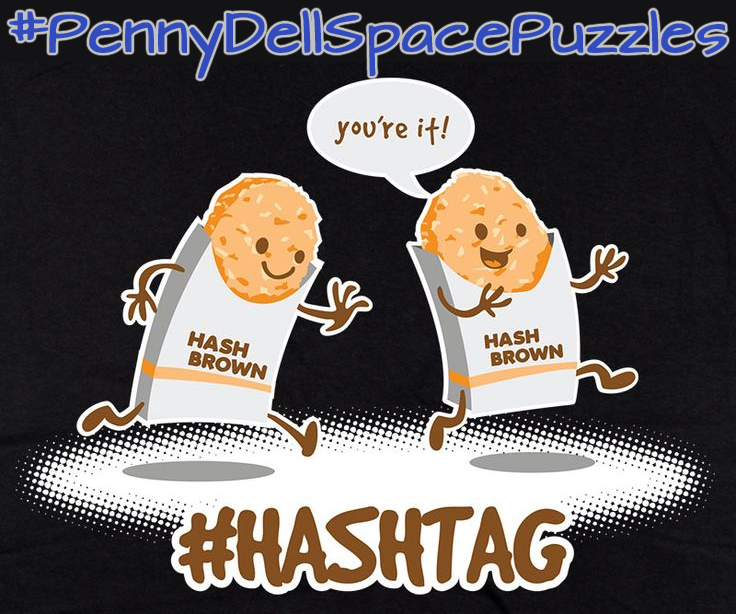 [Note: I received a free copy of this puzzle in exchange for a fair, unbiased review. Due diligence, full disclosure, and all that.]

ThinkFun has emerged as the premiere vendor of logic puzzles for solvers of all ages. Whether they’re challenging you with marbles, lasers, or electronic circuits, their complete-the-path games offer lots of puzzly fun.

Their latest offering, Lunar Landing, seems at first to fall into the same pattern, but as you learn the rules and begin tackling the challenge cards included, you quickly realize there’s more than meets the eye at play.

In Lunar Landing, your goal is to pilot the red shuttle to an emergency entry port in the center of the landing grid. Sounds easy enough, right? But the twist is how you get there.

Because Lunar Landing is set in space, the shuttle can’t just stop wherever it chooses. Once the shuttle is set on a path toward a helper bot, it continues along that path until it reaches that bot. This means you can pass right over the emergency entry port unless there’s a helper bot in the correct position to stop the shuttle on that red square. 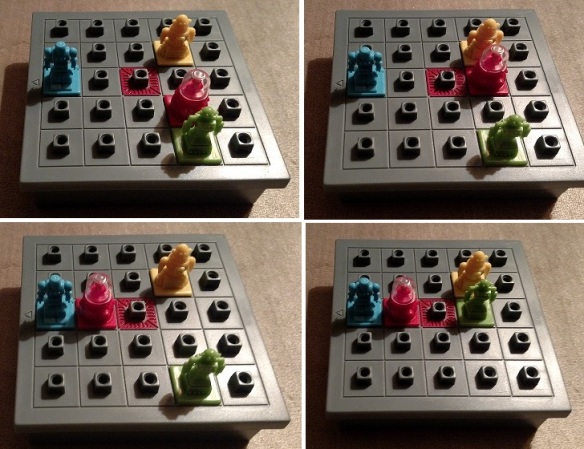 This movement mechanism is the engine behind each of the 40 challenge cards in the deck. Progressing in increasing difficulty from beginner to intermediate to advanced to expert, the challenge cards provide you with the starting layouts for each landing grid. You place the shuttle and helper bots as instructed, and then try to puzzle out how to complete the task at hand.

The early scenarios are all about moving the shuttle from place to place. In later challenges, you’ll have to move the helper bots as well, positioning them to form a path that’ll bounce your shuttle to the center of the grid.

It’s a bit like a sliding-tile puzzle, since you can only move the shuttle along certain paths, as determined by the locations of the helper bots. Many of the challenge cards can only be conquered by setting up a chain reaction, which gives Lunar Landing the feeling of a one-person chess game: You’re trying to see several moves ahead, looking for the perfect sequence of moves that will let you achieve victory.

Taking a simple scientific concept — objects in motion tend to stay in motion — and building a logic game around it is very clever, and it makes for a solving experience that feels new and challenging. Since each piece can potentially move, depending on the challenge card layout, there are more variables at play here than in previous ThinkFun logic puzzles.

The helper bots are modeled on classic robot designs from the 1940s and 1950s, and that adds to the game’s charm, as if the vivid Technicolor visions that predated the Space Race have finally been realized.

The landing grid doubles as storage for the challenge cards and game pieces, making for an easily transported puzzle game that can be enjoyed anywhere at the drop of a hat.

Lunar Landing continues the fine tradition of ThinkFun puzzle games, keeping even experienced puzzlers on their toes with inventive gameplay and outside-the-box thinking. What a treat.

Lunar Landing is available from ThinkFun through Amazon and other online retailers. Click here to check out other ThinkFun product reviews!

And today, I’d like to revisit the subject of Monopoly.

I recently posted about the 80th anniversary of the game and their real-money promotion in France.

And whether you’re a fan of the game or not, you can’t deny its staggering success or the genuine historical impact it has made.

And over the course of 80 years, a lot of trivia has accumulated regarding the game. Here are a few of my favorite little nuggets:

You can check out Hasbro’s full listing of Monopoly history and trivia here!

And now, a few questions: when you play Monopoly, what token do you use? And what’s your favorite variation of the game? Let me know! I’d love to hear from you!