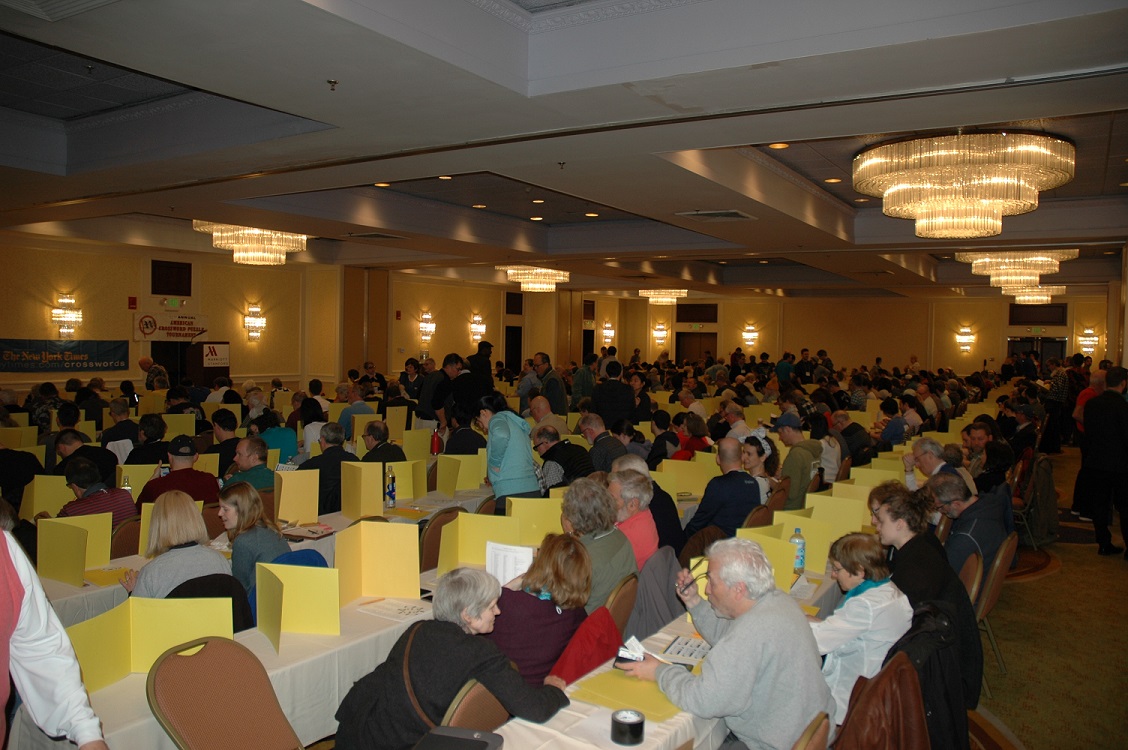 Tomorrow is the 21st annual Westport Library Annual Puzzle Contest, and I consider Westport the unofficial start of the year’s crossword-y festivities.

Sure, the obvious start is the weekend of March 20-22, when the American Crossword Puzzle Tournament descends upon Stamford, CT, and puzzlers from all over test their puzzly mettle against some devious and delightful crosswords.

Then, after the big event in March, it’s a few months’ wait until summer, when there’s at least one proper tournament every month. We’ve got the Indie 500 in June, BosWords at the end of July, Lollapuzzoola on a Saturday in August, and Bryant Park in September.

But that ignores all the smaller tournaments and events in between. Libraries and rec centers all over the country host puzzly events that get less press than the famous ones.

For instance, did you know that on March 14th, you can attend the Eighth Annual Finger Lakes Crossword Competition?

I bet you didn’t.

So, in case you’re not traveling to one of the more well-known tournaments, keep your eyes peeled for smaller, but no less enjoyable, puzzle events happening throughout the year.

And good luck to all those headed to Westport for some Will Shortz-fueled cruciverbal adventures! Happy puzzling!

Are you attending any puzzle events this year, big or small? Let us know in the comments section below! We’d love to hear from you!

I have to say, Connecticut has been crushing it this year when it comes to hosting puzzly events to interest and engage solvers of all ages.

In addition to the American Crossword Puzzle Tournament every year in Stamford, we’ve discussed the Find the Wine corn maze event happening this month in Gales Ferry. Heck, the world’s first animal-centric Live-Action Roleplaying event was held in Redding just a month or so ago, and Goat LARP was widely praised as a successful and exciting puzzle endeavor for all involved!

And CT isn’t done yet. No, four different cities in September will be offering full, puzzly murder mysteries to be solved!

Yes, the team at CluedUpp, a British game company that specializes in outdoor city-spanning mysteries similar to the film Clue, will be running their latest event, Sneaky Finders, in Stamford and Bridgeport on September 14th and then in Hartford and New Haven on September 21st.

Participating teams will scramble around town, hunting down witnesses, unearthing clues, and trying to unravel the mystery, all through an interactive downloadable app and their own investigative efforts!

According to the event page for the Stamford edition of the game, you’ll need the following to play:

You only need to purchase 1 ticket per team of 6 adults. Children under 16 can play as an extra for free. Team Tickets are normally $60, but if you act now, you can nab Earlybird Team Tickets for just $46!

And even if you don’t crack the mystery, prizes will be awarded in such categories as:

This sounds like an absolute blast, and I suspect the turnout for each event will be terrific. You can click here for details on all things CluedUpp, and their full schedule of upcoming events in the United States can be found here.

Will you be attending one of the four Sneaky Finders events, fellow puzzlers and PuzzleNationers? Let us know in the comments section below! We’d love to hear from you!