Rubik’s Cube solving has come a long way since Erno Rubik built his prototype out of wood in 1974.

Top solvers are so fast that they need specially designed cubes that spin fast enough to match their fingers. We’ve seen them solved blindfolded, underwater, while being juggled, and during a skydive.

We’ve chronicled dozens of variations on the classic model, covering everything from larger cubes (4×4, 5×5, even 17×17!) to different shapes like spheres, pyramids, and dodecahedrons.

Heck, with the 3-D printing revolution, people are designing and making their own Rubik’s Cube-style twisty puzzles from the comfort of home!

Still, every once in a while, the thought crosses my mind that I’ve probably seen everything that people can do with Rubik’s Cubes, short of one being solved during a spacewalk or on the moon.

And then someone goes and invents a Rubik’s Cube that looks like Maruchan instant noodles.

Yes, say hello to the Midori no Tanuki twisty puzzle.

What appears to be a traditional package of Maruchan Midori no Tanuki instant soba noodles is instead one of the fiendish Rubik’s-style puzzles ever devised. 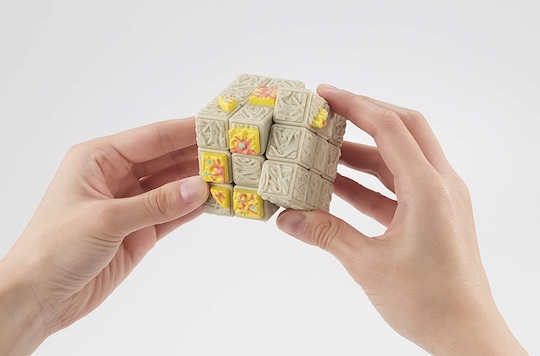 It works like a standard Rubik’s Cube — a 3×3 twistable cube — but five of the six sides are based on a 3D scan of noodles. Only the top is distinguished by a tempura disk “atop” the noodles.

You would think this would make solving it easier. After all, who cares what the five virtually identical sides look like as long as you can arrange the pieces of the tempura disk on top?

But apparently, that’s not the case at all. There is only one arrangement of this six-sided cube that allows for the tempura disk to be properly formed. So you don’t have five sides you can disregard. Instead, you’re essentially solving five sides blindfolded while focusing on the top one.

That sounds like a challenge worthy of modern Rubik’s Cube solvers. Hopefully we start seeing reports of folks tackling this daunting brain teaser, and we can begin to get a sense of how long it takes to solve and how difficult the average puzzler would find it. 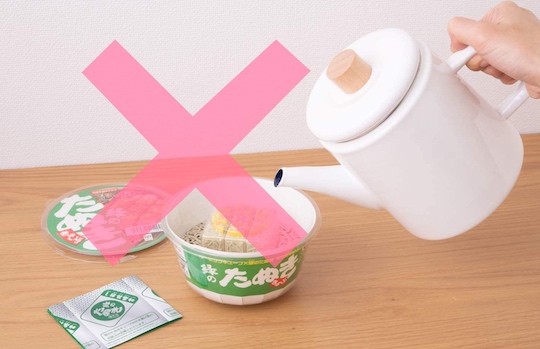 All we know for now is that we’re not supposed to pour water on it, no matter how delicious it looks.

What do you think, fellow puzzlers? Would you accept the challenge of the Midori no Tanuki puzzle? Is it really as difficult as reported, or do you think it’s just a lot of hype to sell a puzzle? Let us know your thoughts in the comments section below! We’d love to hear from you.