Given the technology available to us — be it Photoshop or other visual manipulation software — there is truly no end to what we can create.

An Instagram account called morphy_me is doing something interesting with celebrity photos. The artist, credited only as Benji, merges elements of both celebrities, somehow creating an image that is reminiscent of both, and yet feels strangely new.

For example, this is a combination of Johnny Depp and Brad Pitt:

It’s an intriguing approach that has garnered the account over 100,000 followers. It’s also something of a puzzly challenge sometimes to figure out who the two celebrities are that have been merged.

Can you puzzle out the 15 pairs of celebrities that have been combined in these images by Benji?

How many did you get, fellow puzzlers and PuzzleNationers? Let us know in the comments section below! We’d love to hear from you!

Christmas is less than a week away, but the puzzly celebrations have already begun.

Perhaps you’ve come across a maze on the back of an advent calendar, or a festive brain teaser posted by our pals at Penny Dell Puzzles, or even a bundle of holiday-themed crosswords for your favorite puzzle app.

But if not, a delightful little puzzly challenge has started making the rounds on social media in the last week.

There are 20 Christmas songs hidden throughout this image.

(And if you want to see a larger version of the image, click here!)

Hayes Garden World, a garden design and construction company in the UK, are responsible for this musically-minded brain teaser where famous and popular holiday songs are depicted in clever, punny ways.

We bet you can! Let us know how you do in the comments section below! We’d love to hear from you!

A good optical illusion is a puzzle for the eyes, a visual treat that tricks you into seeing things that aren’t there. The most convincing optical illusions can even affect your sense of balance and make you question every footstep you take.

For instance, imagine walking into a room and seeing this:

This is a rug called “Black Hole,” designed by Daniel Malik, and it’ll make you doubt the ground beneath your feet.

Don’t believe me? Check this out:

And that’s just the tip of the iceberg when it comes to optical illusions that can leave you dizzy and spinning.

Employing the walls, the floor, and the ceiling (along with any structural beams or other objects in the area), Kogler challenges your spacial awareness with lines and imagery that offset your natural depth perception.

Astonishingly, the few recognizable items in this works — like a hanging lightbulb or even a fellow spectator — enhance the effect, making everything around those steady, relatable objects into an eye in the storm of chaotic imagery.

You no longer trust your ability to gauge height, distance, or even the angle of the room itself, even though you know in your heart that you’re walking on a flat surface.

We’ve featured some clever floor designs in the past — including one in a school that was designed to keep kids from running in the halls — but nothing on the scale of Kogler’s work.

It almost makes you nostalgic for the simple trickery of a circular area rug that looks like a tunnel to the center of the Earth, doesn’t it? 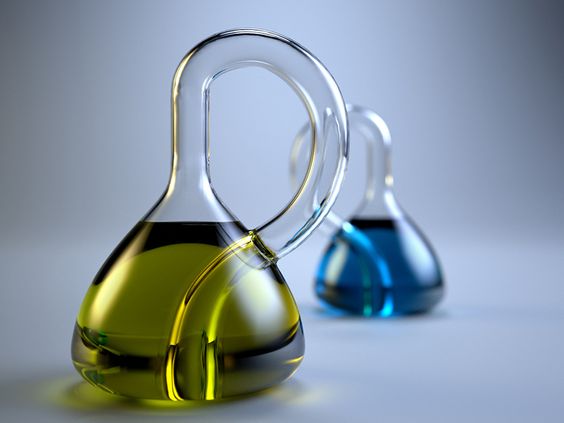 [No, not THAT Blindspot. Though friend of the blog David Kwong works on that show…]

Follow-Up Friday is a chance for us to revisit the subjects of previous posts and bring the PuzzleNation audience up to speed on all things puzzly.

And today I’d like to return to the subject of optical illusions.

We’ve discussed optical illusions many times in the past, covering everything from the Necker Cube to the Dress, but today’s illusion is a little bit different.

The 12-dot optical illusion pictured above, also known as a Hermann grid, has been making the rounds lately, and although many puzzlers have accused people of using a video or an animated gif instead of a simple picture, that’s simply not true.

This is a static picture, but our eyes are not designed to capture 12 dots in view at once, so the others vanish when you focus on one dot in particular.

And the folks at ASAP Science have an explanation for this phenomenon! As it turns out, this illusion and others involve both how your brain processes visual information and how the natural structure of your eye creates a blind spot that some optical illusions exploit.

Check out the full explanation here:

So next time someone shares one of these optical illusions, you’ll be ready to explain how they work and show off your puzzly knowledge.

We’re keeping it simple today. In this photo that’s been making the rounds on Facebook and Reddit, can you find the iPhone?

Let us know if you spotted it! It’s tougher than you might think!