And we’re excited to welcome Dave Bradshaw as our latest 5 Questions interviewee! 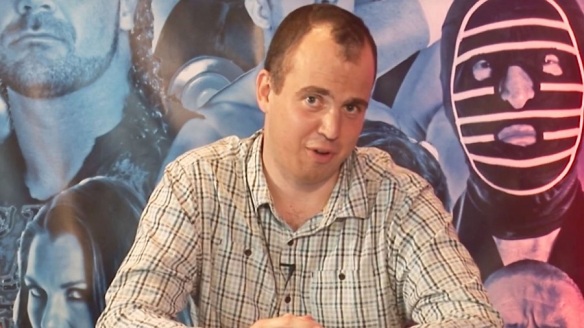 To many wrestling fans in the UK and around the world — myself included — Dave Bradshaw is the voice of British wrestling. A prolific commentator who has represented companies like New Generation Wrestling, Defiant Wrestling, Wrestle Carnival, and more, Dave calls the in-ring action, keeps the audience informed about the performers and their storylines, and serves as the welcoming committee for new viewers.

In addition to his commentary work, he contributes to outlets like WrestleTalk Magazine, where he recently penned a wonderful piece about the history of LGBTQIA+ performers and representation in wrestling. In an incredibly personal moment, Dave came out in the article, joining an increasingly vocal and influential community of performers in the wrestling business championing LGBTQIA+ representation and mental health awareness.

On a much less impactful but still interesting note, he also started creating wrestling-themed British-style crosswords on Sporcle last year, and as part of a new series of interviews with relatively new constructors and puzzlers, I asked if Dave would take part in 5 Questions.

Dave was gracious enough to take some time out to talk to us, so without further ado, let’s get to the interview!

1. When and how did your interest in puzzles start?

I’ve always liked puzzles, but to be honest last year they were a bit of a lifesaver. Like so many people I’ve had rough patches with my mental health during the pandemic – for me the worst part was six weeks last summer for some reason, but I became a bit addicted to doing quizzes on Sporcle and it was a welcome distraction in some difficult times.

Also, I learned where every country is on a map of Europe, so that’s cool!

2. What inspired you to start making wrestling trivia crosswords?

One of the things I got into over the summer was crosswords, which for some reason I’d never really liked before, and I noticed that there weren’t many on Sporcle on the subject of pro wrestling, which is what I know the most about. So, having done loads of other people’s puzzles, I decided to try my hand at making my own and see if anyone would be interested.

I literally thought I would get maybe 5 people play the first one, but it was quickly over 500, so I decided to keep going and ended up doing them for 10 weeks in a row, with another series of them planned for later this year, all being well! 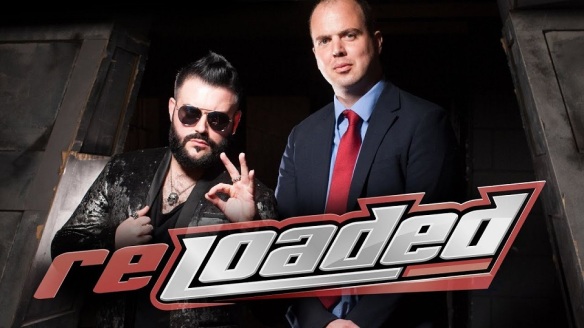 3. With ten puzzles under your belt now, what did you learn along the way? Are you finding it easier to make them, or does each still present its own challenge?

First I had to learn how to actually use the interface on the website, but that was pretty user-friendly, otherwise I probably would have given up! After the first one or two I started using a technique where I would decide on 4 or 5 long words that I wanted as answers in the grid and slot them in, then try to plot out which of the remaining squares I wanted to contain letters and which I wanted blacked out.

Also, I soon invested in the latest WWE Encyclopedia to give me more inspiration for answers! A few other things helped too – I found a website called http://crosswordsolver.org where I could find words that would fit in whatever gaps I still had – that was kind of essential.

Oh, and I learned that when you narrow your topic, e.g. by doing a crossword on a specific wrestling event rather than just on wrestling in general, it makes it much much harder to create!

4. What’s next for Dave Bradshaw?

As much as I like doing puzzles – and I plan to do more – my first love is being a pro wrestling commentator, and I am desperate for us to get to a point where people are able to congregate indoors again, so that the UK and European wrestling scene can restart!

I’m also doing some written journalism nowadays for WrestleTalk Magazine, including an article in the latest issue where I discuss the history of LGBTQ+ representation in our sport and talk for the first time about my own experiences as a gay man who is both a fan and someone who works in the industry.

I’m keen to be more open and visible with that part of my life, in case my story is useful for others, and the same is true about mental health – I’d like to be helpful to others who have had difficulties with that kind of thing. So hopefully I should be pretty busy, once we finally get out of lockdown!

[In this recent interview with WrestleTalk’s Luke Owen,
Dave discusses his article, coming out, and more!]

5. What’s one piece of advice you would offer fellow solvers, aspiring constructors/setters, and puzzle enthusiasts?

Just try it! I literally got started because I was bored one afternoon, and the next 10 weeks of it were way more fun than I ever anticipated. You’ll also find that you get better at making them as you go, and hopefully you start to develop a bit of a following of people who like to do your quizzes each week, which can be really motivating if people are saying nice things and giving your work high ratings.

A huge thank you to Dave for his time. You can follow him on Twitter for all of his wrestling and social outreach endeavors. Be sure to check out his wrestling trivia puzzles on Sporcle, and please take time out to read his incredible piece on LGBTQIA+ representation in wrestling in WrestleTalk Magazine. I cannot wait to see what he does next.