Over the centuries, there have been numerous attempts to reinvent chess or find new ways to play. We’ve talked about puzzly variations on chess in the past, all of which can be played with a standard chess set. (Except for that guillotine set we featured last year.) But if you’re looking for a truly unique chess experience, the team at Chessplus have a simple, elegant game for you. 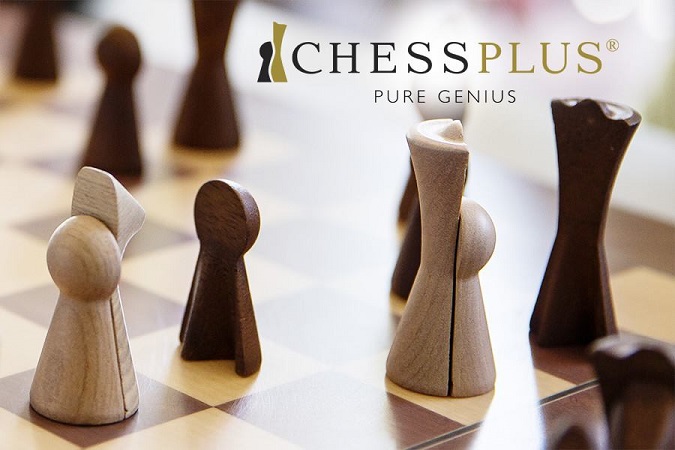 Chessplus is played under standard chess rules, but with one crucial difference: you can combine your pieces into more powerful ones.

Do you want a pawn that can make less-expected moves, or a knight that can play conservatively? Combine a knight and pawn into a single piece with the abilities of both. Do you need to keep your queen where it is, but still want a versatile piece that can command the board? Easy. Combine a rook and a bishop, and you’ve got a new piece that works just like a queen. 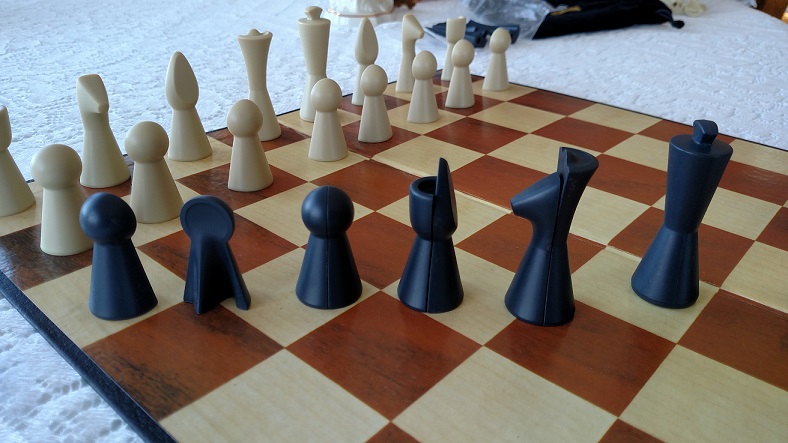 [Only the king is a solid piece. Every other piece can be combined with others.]

Merging pieces not only allows you to take advantage of each component’s abilities, but it can also allow you to more swiftly transport pieces across the board. Instead of a pawn crawling across the board one square at a time, combine it with a rook who can send it straight across the board, where it is then promoted to a queen! Or combine two pawns so you only have to escort one piece across the board safely, then split them again and voila! Two pawns promoted into new queens.

Oh yes, merging the pieces doesn’t link them forever. You can split them at any time. That feature adds another layer to your gameplay, since putting one merged piece into play deep in your opponent’s territory can suddenly become two separated pieces again. 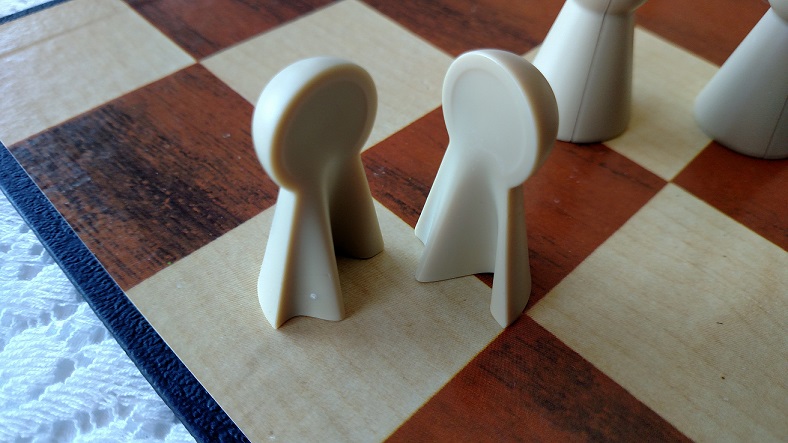 Now, this piece-combining mechanic is a double-edged sword. Yes, you have a more powerful, mobile game piece. (I was very excited to try out combining a knight and a queen, just to make the queen even more dangerous.) But if someone takes a merged piece, you lose BOTH halves, making them as vulnerable as they are valuable. Imagine an opponent capturing my merged knight/queen, so I lose a knight AND a queen in one turn. That could be a devastating loss.

As you’d expect, it took a little while to grow accustomed to these new variant pieces. With so much to keep track of during a normal chess game, pieces with greater mobility make strategy — both offensive and defense — a bit more complicated. 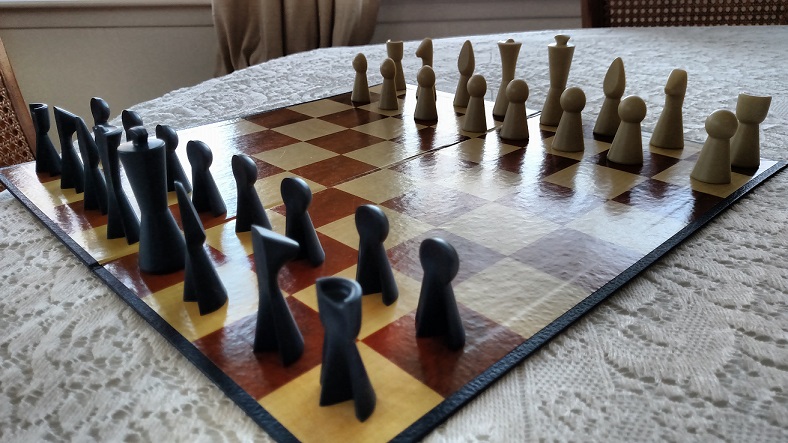 But it was also great fun. Early Chessplus games tend to be faster, more aggressive, because of the greater mobility allowed by some of the merged piece combinations. But once you’ve played a few games, your more traditional chess mindset settles in, and gameplay tends to become more measured and tactical.

Just imagine. A single change that offers a world of new possibilities and challenges. That’s brilliant, in my estimation. Chessplus is a wonderful way to reinvigorate chess if the game has lost its luster for you. And if you are a dedicated player, I think Chessplus will prove to be a welcome change of piece from the traditional game.

[Chessplus sets start at $35.95 (for just the pieces) and are available from the shop on Chessplus.com.]