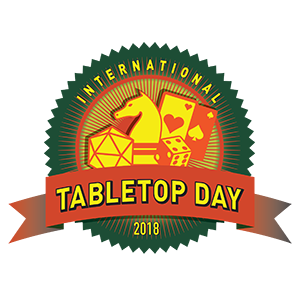 With International TableTop Day fast approaching, we are once again teaming up with our pals at Penny Dell Puzzles to put together an in-house TableTop Tournament to celebrate the upcoming holiday (Saturday, April 27).

It’s a 12-person two-week tournament with different games to play every week, and round 1 kicks off next Tuesday. (This is actually the fourth year of the tournament, with all three previous champions competing again this year.)

One of the things I like about the layout of the tournament is that there are no one-on-one match-ups until the final. Instead of a single-elimination tournament, competitors are slotted into groups of three. Each group of three will play two games, and the two winners (one from each game) from each trio and move on to the next round. 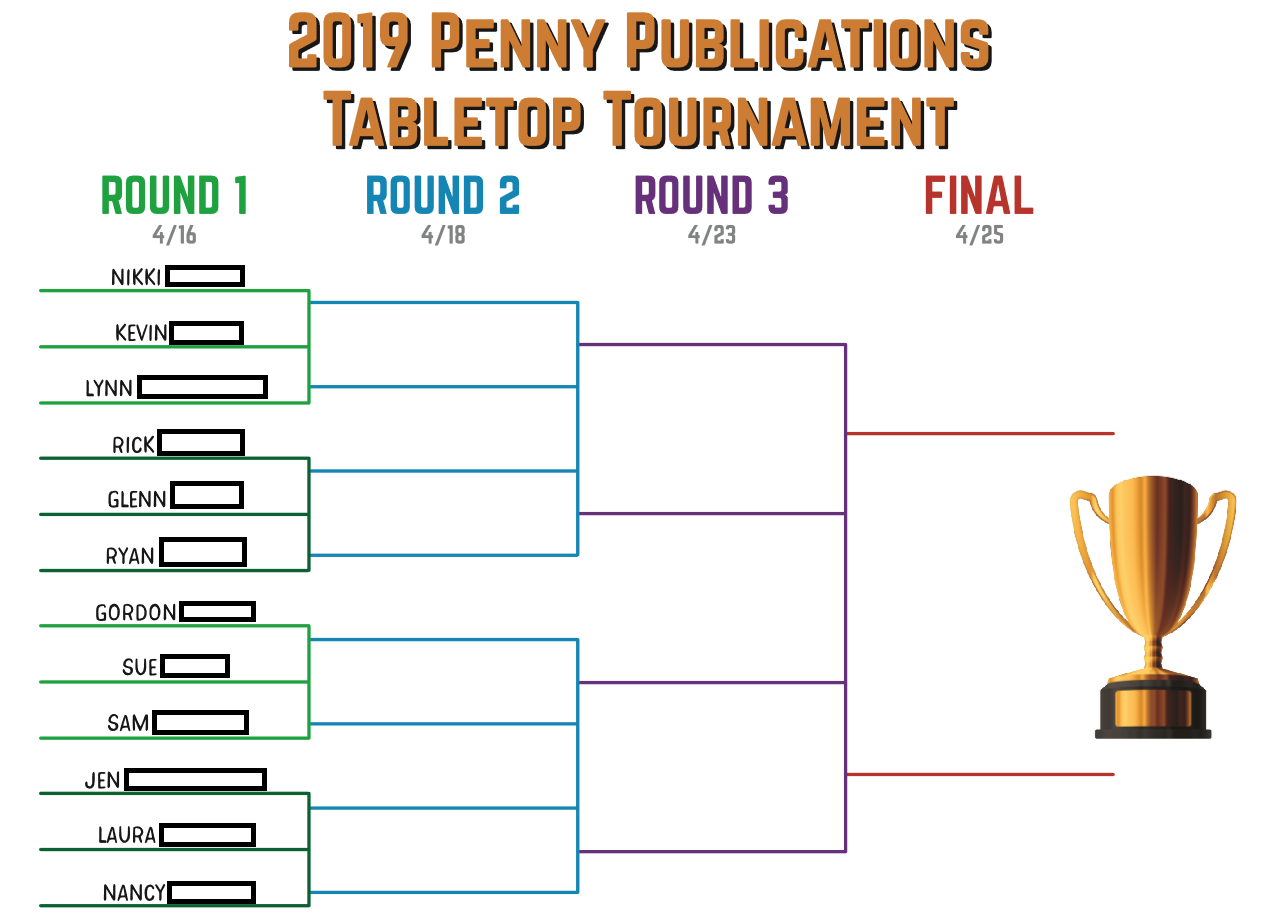 So to survive round 1, I’ll need to win either Timeline or On the Dot.

You play your card, and then flip it over to reveal the actual year the event occurred. If you’re correct, the card stays, and you have one fewer card in your hand. If you’re wrong, the card is removed from the timeline and you draw a new card. The first player to place every card in their hand wins.

On the Dot is a pattern-matching game. Each player has four clear cards with randomly placed colored dots on them, and it’s up to the player to arrange all four cards so that the colored dots showing match a given pattern. The first player to match three patterns moves on to the next round.

Timeline can be a bit of a crapshoot, depending on your knowledge of a given subject and whatever cards you draw. I suspect I’ll have a better chance of making the second round with On the Dot; I’m fairly quick with pattern recognition and manipulation, and actually won three games in a row last year to secure my spot in the next round. Hopefully I can repeat the same feat this year.

But you never know. With new competitors and returning champions in the tournament this year, there are sure to be some diabolical surprises.

Here’s hoping when it’s all said and done, I’ll be wearing the Game Geek crown and holding the scepter high…

1 thought on “Our Annual TableTop Tournament Starts Next Week!”